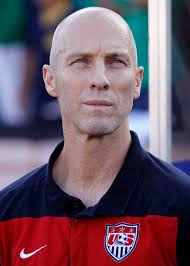 We are all hoping that the Gunners can continue their winning form when Arsenal host Swansea City this afternoon in the Premier League’s eighth gameweek, and with the newfound confidence radiating from the team I’m predicting a comfortable win for our side, and will be backing that up with a sizable bet once I’ve checked out all the bonuses available today at the betting websites recommended for all the punters in the uk here..

The Welsh side come into the match on the back of four consecutive losses, albeit to strong sides in Southampton, Manchester City twice and Liverpool, but were hardly pushed aside with ease in the latter two defeats.

The Swans completely controlled the Reds in the first half of their match, even taking a 1-0 lead into the interval, but Liverpool managed to come out from the break with some fire, and managed to come away with a one-goal victory.

Despite their performances in these losses, Francesco Guidolin was moved on prior to the international break, and replaced by an overzealous Bob Bradley, who was highly praised byArsene Wenger in the run up to the match. Le Prof said: “Bob Bradley has a lot of experience. He’s not a beginner, he has traveled a lot and has accumulated experience in the United States. He has been in Egypt, France recently and is now in England which is certainly a fantastic opportunity for him. It’s also good for the Premier League because the Premier League is taking off in the States. To have an American here will create even more interest for the Premier League in the United States. He is equipped to deal with what is asked of him.”

It will certainly be interesting to see if the Yank can bring a positive reaction from his players after such a short time, but he can hardly them to get a positive result today, especially given the form of our beloved club, but he will want to see his new players fight for their places.

Arsenal come into the game in red-hot fashion, having won all our last five matches, conceding only once in the process. Alexis Sanchez has been key in helping our side to steamroll our opponents, relishing his new switch to a centre-forward role, and he is destined to keep his place in attack.

The Champions League tie coming up on Wednesday should not have played on Arsene Wenger’s mind too much as he picked his starting XI, with Ludogrets having to travel to London allowing plenty of preparation time for the players involved today.

This weekend could prove a crucial one in the Premier League title hunt, with Manchester City taking on an impressive Everton under Ronald Koeman, while and in-form Liverpool side take on Manchester United. Assuring ourselves of the win this weekend should take priority over the Champions League, with us sitting comfortable as we look to qualify for the knockout stages.

Francis Coquelin is believed to have been made available to take on the Swans, having overcome his knee injury, although both Olivier Giroud and Aaron Ramsey are both believed to be left out of the playing squad. I still expect Xhaka to retain his starting role alongside Cazorla, with Francis to come off the bench late into the game to gain some match fitness if all is going well.

Swansea’s new manager will not have had much time to make an impact on his squad, nor has he any Premier League experience, and you can fully expect Arsenal to come away with the three points from today.

I’m expecting Theo Walcott and Alexis Sanchez to both get on the scoresheet, and am expecting our side to win 2/3-0.

What do you think the score will be? Can Walcott and Alexis continue their top form?