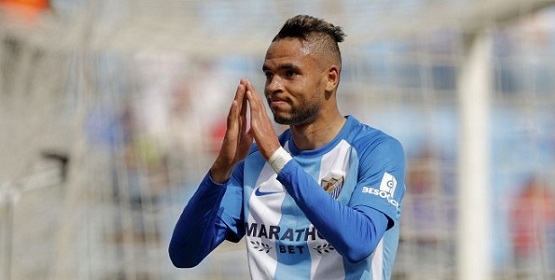 It is being reported that Arsenal is on the verge of completing their first piece of summer transfer business after tabling an offer for the services of Leganes striker Youssef En-Nesyri.

This story originated in En-Nesyri homeland of Morroco and has since been picked up by the media in Western Europe.

The 21-year-old joined Leganes just last year for a fee of £5.2 million and has had a decent debut season for the La Liga outfit knocking in nine goals.

He has already featured in 22 matches for Morroco with six goals to his name including an impressive headed goal against Spain in last years world cup finals.

Arsenal are not the only club interested in the youngsters signature, Borussia Dortmund and Schalke are also said to be keen as well as Real Betis, who En-Nesyri memorably scored a hattrick against and so impressed was Betis that they have reportedly offered £9 Million for the young man.

As things stand today, if the reports are true, Arsenal are the clear front runners and now that they have tabled an offer for the player the ball is in Leganes and En-Nesyri court.

No figure has been mentioned but one can assume it is not too much more than what Betis have already offered and that makes En-Nesyri very affordable and based on what he has done in his first season in Spain, worth the risk.