A lot of Arsenal fans were very unhappy with this transfer window, but as described by Sam yesterday, Wenger achieved most of his promised objectives except in one respect, Le Prof’s attempts to trim the squad and drastically reduce our enormous wage bill was met with many obstacles.

Arsenal did manage to sell Szczesny, Gabriel, Toral and Gibbs for ridiculously low fees, and we had to loan out Jenkinson and Perez as we couldn’t negotiate a sale. To make matters worse both Oxlade-Chamberlain and Mustafi, and even Bellerin asked to leave. The BBC’s David Ornstein has come out and explained exactly how many more senior squad members were also put on the market, including Debuchy, Chambers, Giroud, Wilshere, Elneny and Akpom. 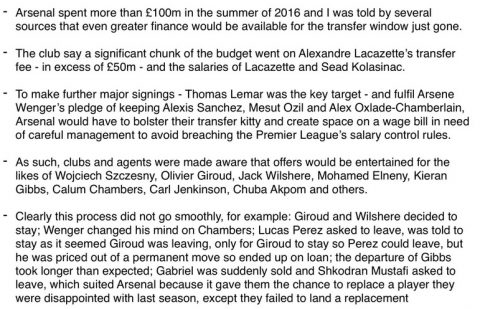 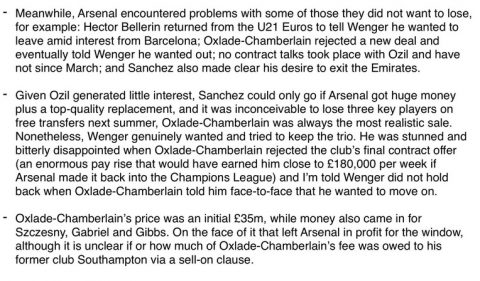 So if Arsenal fans think this window was a failure, it sounds like Wenger himself was having an absolute nightmare! Oh I bet he wished he had taken that PSG offer!