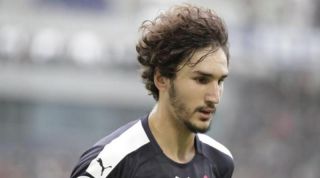 Arsenal has taken their search for reinforcements to France, where they have been linked with a move for Yacine Adli.

The 21-year-old currently plays for Bordeaux after breaking through at the PSG academy.

He is one of the youngest stars in the French top flight and his fine performance for his current club has caught the attention of Arsenal and other top clubs around Europe.

Foot Mercato as reported by The Sun claims that Arsenal’s search for a new attacking midfielder has brought him onto their radar.

The Gunners enjoyed the talents of Martin Odegaard in the second half of last season and want him back.

However, they are being forced to look elsewhere for his replacement as Real Madrid looks set to make him a key member of their squad in the upcoming season.

Adli also has interest from Tottenham and AC Milan, but it is the Italians that should worry Arsenal.

This is because the report claims they are so serious that they have already tabled an opening bid for him.

However, it has been rejected, which means Arsenal still has the chance to win the race for his signature in this transfer window.