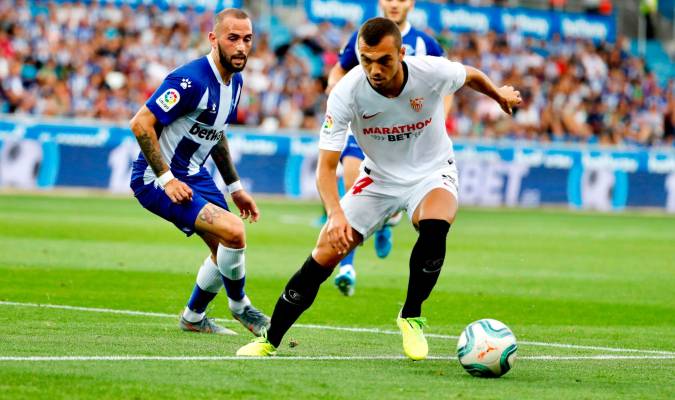 The Gunners were keen to land him in this transfer window and were only put off by the demands of the Spanish side, according to Calciomercato.

They still have him in their plans and he could be targeted in the summer transfer window.

The midfielder is described as a box to box player that is very fast and solid on the ball.

He also has a magnificent set-piece in him. These are attributes that have drawn the attention of the Spanish national team manager, Luis Enrique.

Arsenal has just landed Martin Odegaard on loan for the rest of the season after they couldn’t pay the 30m euros demanded by Sevilla for Jordan.

There is no guarantee that they will keep Odegaard or his Madrid teammate, Dani Ceballos beyond this season.

If both players return to Spain, the Gunners would need another body in midfield.

The report says Sevilla will try to hand Jordan a new deal in the coming months or sell him in the summer as his current deal expires in 2023.

After Sevilla signed Papu Gomez in this transfer window, a reduction in his playing time in this second half of the campaign might see Jordan ask for a move away too.