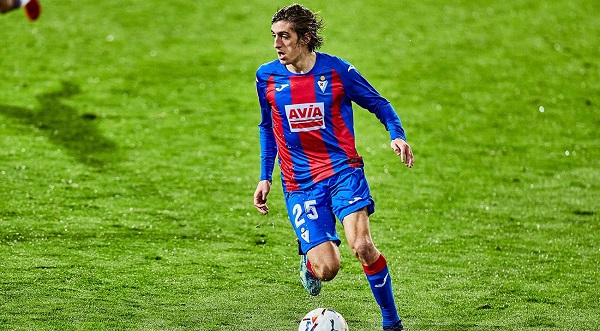 Bryan Gil will cost Arsenal around £100 million if they are serious about signing him this summer.

The Gunners are one of several teams looking to land the Sevilla teenage star as he continues to shine in La Liga and the Spain national team.

The 20-year-old has been on loan at Eibar this season and his fine showing for them has caught the attention of Barcelona and Real Madrid as well.

He has won two Spain caps and that shows that he is a quality player, considering how competitive it is to play for Luis Enrique’s side.

AS says Sevilla knows several teams want him and they want to hand him a new deal until 2025 and that will give them the chance to increase his release clause.

His release clause is currently £43m and the contract expires in 2023.

If he signs a new long-term contract, it would take it to around £129m.

Arsenal has shown a lot of faith in young players since Mikel Arteta became their manager and they would want to continue that.

However, the price for signing Gil is simply too much for them to pay as things stand and the fans shouldn’t expect him in north London anytime soon.