The Arsenal men under Mikel Arteta have one of the toughest starts to the Premier League season as they are set to take on Chelsea and Manchester City, the two Champions League Finalists, in their second and third fixtures.

Now the Ladies fixtures have been released, and they are also set for interesting start to their fixture list, as they start off at home against the Champions Chelsea, who also reached the Women’s Champions League Final before being humbled by Barcelona.

Our ladies have a reasonably easy second game against Reading, but are then due to take on Man City, who finished second last season only two points behind the Champions.

Hopefully Arsenal will be feeling a bit more confident this season, after Jonas Eidevall has replaced the very successful Joe Montemurro as the new manager of our ladies team. He is sure to be trying to get his squad in tip-top condition to take on our two biggest rivals in his daunting introduction to the UK Womans Super League. 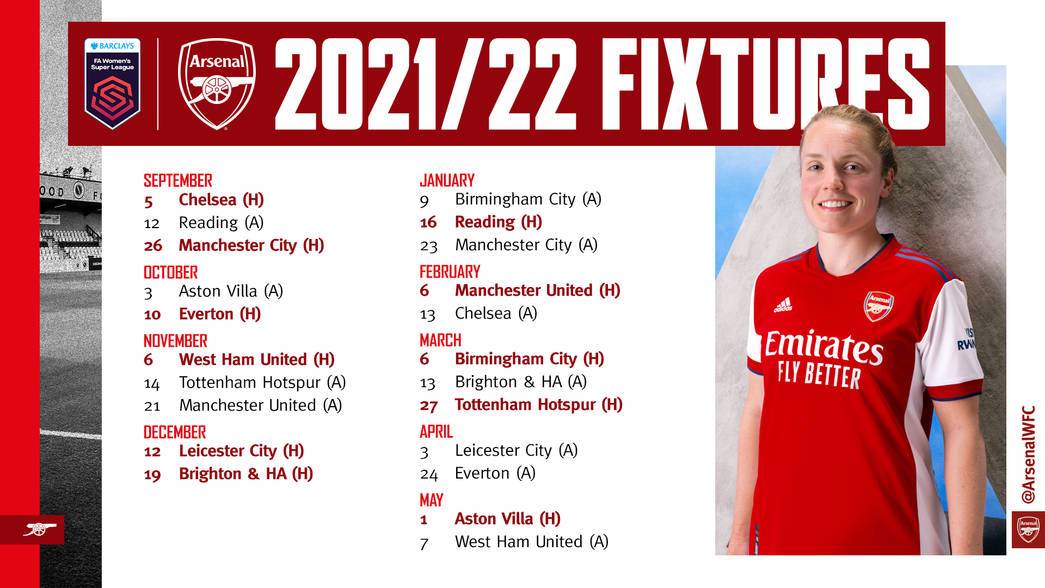