Miedema rescues a point for Eidevall!

The much-anticipated Womens North London Derby could only produce a draw this time around, yet the game was far from boring despite not being a goal-fest.

On a cold November afternoon and for the first time this season in the Womens Super League, the Arsenal women were put to the test.

It was a game that Arsenal could have gone ahead, with less than a minute on the clock, but they were denied and there were chances for both sides after that, but the teams went in 0-0 at half-time.

The gloves came off in the second half though, there were gritty challenges from both sides and the post was hit multiple times by Arsenal, yet on the 65th minute, despite the dominance from Arsenal, Rachel Williams pounced on a cross from a fast counter and reacted the quickest from a Manuela Zinsberger spill to put the hosts 1-0 up in a shock moment that meant it was their first goal against the Gunners in three meetings.

Arsenal pushed and pushed for the equaliser and got it when Jordan Nobbs found the back of the net, yet poor refereeing meant that play was mistakenly pulled back for an earlier foul on Katie McCabe. But in my opinion the game should have continued as Arsenal had the ball so advantage should have been played.

We soon got our rewards though when on the 92nd minute, who else, Vivianne Miedema, jumped highest to nod in from a Katie McCabe corner.

So, the points this time around in the North London Derby were shared and Arsenal’s 100% winning start to the season has ended but they remain unbeaten.

The team will no doubt need to analyse this game and be at their best to beat both Barcelona and Chelsea when they face off against them both next month, in the space of four days.

But first off attentions turn to next week when we will play Manchester United in the WSL, so let’s hope this draw is the only blip in the road! Gooners?

Tomiyasu is already a Gooner after turning down Tottenham
4 November 2021, 18:04 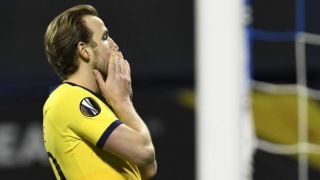 The Spurs-Conte union: What should worry Arsenal fans and what shouldn’t
3 November 2021, 10:01