Despite recent poor performances on the pitch, the recruitment team have been rather successful off the pitch and have recruited three new players that will grace the WSL.

Swedish international and top scorer and assister in the Swedish League last season Stina Blackstenius joins us from Swedish side BK Hacken. At the age of 25 she already holds two silver Olympic medals from the 2016 and 2020 Olympics.

Speaking to Arsenal.com on her new club Stina said: “It feels amazing to be here, I’m so happy to join such a big and great club like Arsenal. I got a really good first impression about this club, they play really good football and I wanted to be a part of that. I feel like I can become a better player in this environment.”

Our second addition is 23 year old Austrian defender Laura Wienroither who joins us from German side Hoffenheim and was part of the team who demolished us 4-1 before Christmas. In actual fact Laura scored an own goal, our only goal of the game. Speaking on her contract Laura said: “It’s an incredible feeling for me. I’m really happy to be here and to have the opportunity and I’m looking forward to being with the team. When I first heard about Arsenal’s interest I couldn’t believe it, and I still can’t believe it!” 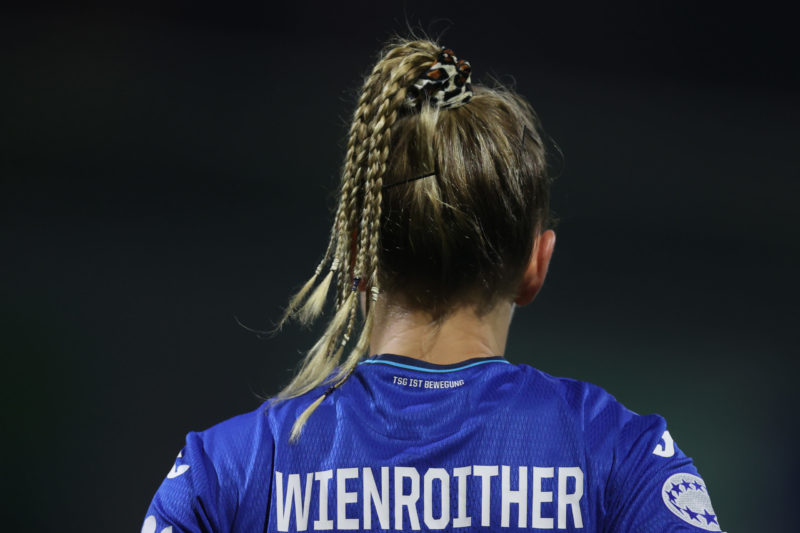 And our third and final signing has made history by becoming the first Brazilian to sign for the Arsenal women. 30 year old centre-back Rafaelle Souza has played for the likes of Houston Dash, Sao Francisco BA, America Mineiro and Palmeiras as well as having a spell in China and has made 33 appearances for the Brazil national team scoring five goals but also has a medal in the 2018 Copa America.

Speaking on her new contract Rafaelle said: “I’m so excited. I feel great to be here and to be playing in such a strong and competitive league. I feel like when I decided to come here, I was looking for a club where I can show my football and show my skills and be in the centre of the world. That’s my challenge, to show my football to the world.”

Let’s hope these three additions help pick Arsenal up from the slump they seem to be in right now although Wienroither and Blackstenius made their debuts against Manchester United tonight and I don’t think it’s one they would want to remember.

But it’s always good to get that first loss out the way so let’s hope that’s the only one they suffer for a long while yet!