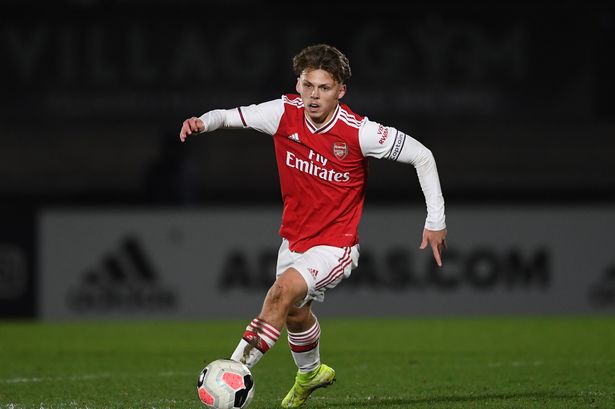 Ben Cottrell has been featured in Mail Sports’ Secret Scout as he continues his development with the Gunners youth teams.

The 19-year-old is one of several players that are hoping to break through at the Emirates, and he could be in line to leave the club on loan soon to further his development.

Mail Sports’ Secret Scout has watched him for some time now and delivered his verdict on the youngster whom he compares to Liam Brady.

In one game that he watched him, he spoke about how the midfielder had overcome the limitations of not being tall enough despite facing bigger opponents.

In that particular game, he displayed very good decision making, aggression, and good reading of the game. The scout concluded that he is a player that has a football brain.

With a loan move away from the club probably the next step in his development, the scout says he needs to add more power to his game before he can star in the lower leagues, considering how tough they can be.

Ther report said: “He may need to gain more power before going out on loan to the lower leagues.

“But potential clubs should not be put off by his lack of inches.

“At times he showed shades of former Arsenal left-footed playmakers like Graham Rix, Paul Davis or the great Liam Brady. He needs good players to respond to his promptings and must get goal conscious.

“Here he scored with a waspish left foot and he should shoot more often. He definitely has a future if he can find a pathway.”