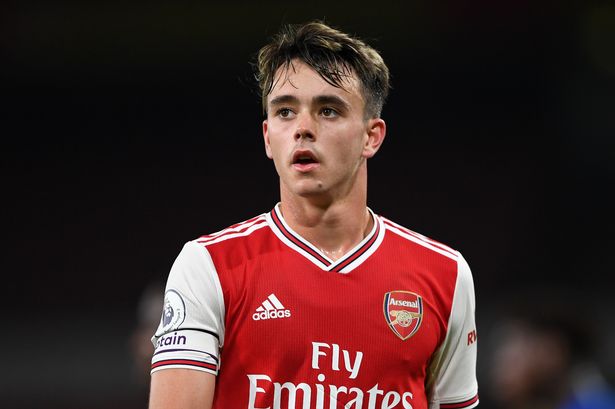 Arsenal youngster thanks the club as he heads to Dynamo Zagreb

Robbie Burton is set to join Croatia’s Dynamo Zagreb after he failed to break into the Arsenal first team.

The 20 years old has been part of the Arsenal youth setup since he was six years old and has always wanted to play for the Arsenal first team.

But he couldn’t resist Dynamo Zagreb’s offer for him to come over for more first-team opportunities, as reported by the BBC.

He is currently the captain of the Welsh Under19 national team and he believes that he can get more regular playing time at Zagreb.

He Tweeted a thank you message to Arsenal fans after completing the switch.

I would like to say thank you to everyone at Arsenal who have helped me and made me the player I am today. To leave a club that means so much to me is hard but the right decision for my career. I wish the club all the best in the future❤️ pic.twitter.com/4NhCcuPveU

The Croatians competed in the Champions League group stages this season and were in the same group as Manchester City.

They impressed against Pep Guardiola’s side even though they were still beaten. Zagreb lost Dani Olmo in the last transfer window and they will no doubt be hoping that they can turn Burton into another superstar after the likes of Luca Modric came through their ranks.

One has to hope that this is not another Arsenal youngster that the club regrets leaving. That said, we wish Burton all the luck in the world and hope he has a great career.