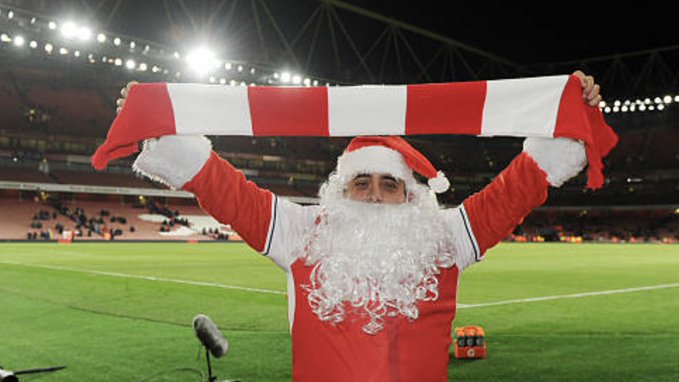 So, with the Wolves game postponed the Gunners have played their final game of 2021.

It clears the way for us to review the year ….

The year where for the first time in a quarter of a century we failed to qualify for Europe. Yet, it ends on a high.

If there’s one hope, it’s that we have some great youngsters who if they can stay focused could become superstars.

Of course, they need senior pros around them and that’s what we need more of in 2022 – senior players to be more reliable. That’s not guaranteed with Laca and Auba futures not clear.

Mikel Arteta starts a debate which divides our fanbase including on JustArsenal.

He essentially sacrifices the FA Cup by resting key players for the League fixture with the same opposition, Southampton.

Beating the Saints in the Premier League seemed to justify losing in the cup, in the minds of Gooners who thought we had a realistic chance of catching up with those in the top 4.

That’s despite the cup being our most realistic route to silverware and a route into Europe.

0-0 draws at home to Palace and Man United left us in 9th in the table having played a game more than Liverpool in 4th.

Off the pitch for the third January in a row we could only afford to loan players despite the club continuing to slash the wage bill.

Saliba, Willock, Maitland Niles, Mustafi and Kolasinac were loaned out while Sokratis and Ozil essentially had their contracts ripped up.

2 defeats to kick off the month saw us drop to 10th, the first seeing us play at Wolves with 9 men when Leno inexplicably ran out of goal and punched the ball away.

It left many accepting that we had to win the Europa League or fail to qualify for Europe for the first time in 25 years.

Due to COVID we face Benfica ‘away’ in Rome while our home advantage was in Greece.

We stayed in the competition by the skin of our teeth, seconds away from being eliminated until Aubameyang came to our rescue.

This followed a hat trick against Leeds after which our captain thanked the club and fans for their support while he had taken a break to visit his mother who was in ill health.

In what now seems more crucial than it did at the time. Aubameyang was dropped for the North London Derby due to disciplinary reasons, believed to involve his time keeping.

It was a brave decision by Arteta given we were 10th in the table.

It’s worth stressing our skipper would return to the starting line for the very next fixture.

That’s hasn’t been the case this time around.

The gulf in class between us and Liverpool was scary as they won 3-0 at the Emirates to end any outside hopes of catching them in the race for a place in the top 4.

We showed our inconsistency though by how brilliantly we handled the pressure of a must-win game in Prague, only to not show up for the semi-Final in Spain.

It was worrying that considering our whole season was on the line, the players were not more motivated.

Aubameyang’s struggles were partly explained when it was revealed that he had contracted Malaria.

Everton won at the Emirates for the first time ever, but that was overshadowed by thousands of Gooners protesting against the ownership of the club.

This was in response to the Kroenke Family announcing themselves as one of the 14 founding members of a breakaway Super League, a concept which would have zero relegation or promotion and Arsenal would receive 300 million just for participating.

Criticism as far as politicians, and even Prince William, saw the ‘big 6’ English clubs quickly withdraw from the idea.

Arsenal knew they had to beat Villarreal to keep their season alive. Like the first leg it was concerning how the players went through the motions considering what was at stake.

Off the pitch, Daniel Ek very publicly offered to buy the club, backed by legends Thierry Henry, Bergkamp and Vieira.

The first two questioned the identity and DNA of the Gunners.

Whether this was a publicity statement from the Spotify owner remains debatable to this day.

An unlikely set of results meant we still had a chance of qualifying for Europe on the final day of the season. 10,000 fans were allowed back into the Emirates.

We had to better Spurs’ result to be part of the inaugural UEFA conference League.

That was 4 minutes away from happening.

It meant we finished in our worst position in 25 years, and would not be playing European football for the first time in a quarter of a century.

Arsenal responded to their worst ever season in 25 years by reviewing nearly every structure of the club.

For the first time in years, it felt like we had a direct plan, purposely signing players 23 or younger, and getting older players off the wage bill.

While we couldn’t splash out big fees and wages on one player like Man City did for Grealish or Chelsea with Lukaku, we did spend more than anyone else in England.

There was confusion (and it remains) when, for the second season running, Saliba was loaned out, still deemed not ready to play in the Premiership.

Despite publicly claiming everyone would get a fresh chance this summer Guendouzi was also loaned out once again.

The Gunners showed class by welcoming Saka back from the Euros with hundreds of letters of support. The youngster had been one of the English players racially abused online for failing to convert a penalty.

The only positive was fans were allowed back into stadiums at full capacity.

On the pitch Arsenal lost their first three League fixtures for the first time since 1954 (without managing a goal) including a 5-0 humiliation at Man City.

Some Gooners argued that, due to a range of factors, we had yet to see several new faces play yet.

Edu did an interview publicly backing our manager.

The Norwich game was built up as Arteta’s job being on the line, although that was never hinted by anyone inside the club.

The Gunners battled to two 1-0 wins before destroying Spurs in the NLD although it’s unlikely we will ever face them again playing such naïve tatics.

In those 3 fixtures, Ramsdale couldn’t have done more to win himself over with his new fans.

Not just with his saves, but his interaction with the crowd and the way he spoke after games.

Leno hasn’t played in the Prem since.

Arsenal were brought back down to earth in the manner of their performances in draws at Brighton and at home to Palace.

How far standards had been allowed to drop were called into question when players jumped into the crowd to celebrate a 2-2 home draw with Palace.

You couldn’t help but also compare how we didn’t seem to have an identity, but another ex-Gunner Vieira did.

Wins over Villa and Leicester saw us climb to 6th in the table.

Ramsdale’s save at the King Power is acclaimed as the save of the season.

Josh Kroenke gave a rare interview insisting that Arsenal were not for sale.

He clearly wants the Kroenke Family tenure to be viewed from 2018, and not when his dad first brought the majority of shares.

Defeat at Anfield is not a disgrace, but it was disappointing it happened in the manner that so many defeats at Merseyside happen.

As soon as we conceded a goal we folded like a deck of cards.

The release of ‘Arsene Wenger: the Invincible’ prompted Arteta to say he would like his ex-manager to return to the club in some fashion.

The last month of the year sums up where this group is at.

We have beaten the team’s we should beat, but are still capable of not showing up at Old Trafford and Goodison Park.

Inconsistency is natural for the younger squad in the division.

Smith Rowe, Martinelli and Saka are on form, but do they have enough experience around them to get them over the line?

It doesn’t seem that will come from Aubameyang.

He had the armband removed and hasn’t played for us since Everton away, due to a breach of disciplinary protocols.

It’s believed to be another issue with his time keeping, but Arteta won’t confirm or deny this.

Nor will he clarify if the striker will play for us ever again.

Whatever happens on the pitch, our biggest uncertainty going into a New Year remains how to battle COVID.

The welfare of people is more important than sport so let me take the opportunity to say ‘stay safe’ and have a happy xmas and a better New Year.