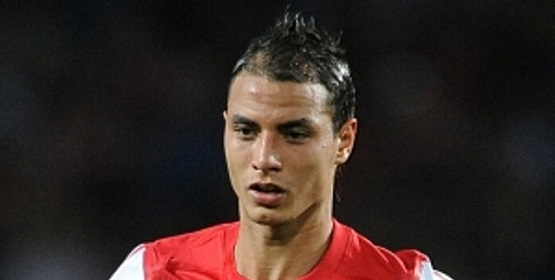 It may be hard to believe now but Arsenal and Liverpool were interested in Chamakh for a couple of years due to his exploits in France. As a free transfer it made sense, a proven goal scorer without any fee, allowing you to pay off your stadium debt. If we had paid any money for him, you could argue he was the worst signing of all time, as a free agent never intended to be first choice, it proved harmless.

He actually started his Arsenal life on fire, the majority of his entire goals in his 2-year stay coming in his first 5 months, including being the first man to score in 6 consecutive Champions League games. The turning point came when Van Persie returned from a long-term injury. At a time when we played one up front, the Dutchman was always going to be an automatic choice, no matter what had gone on in his absence. Whether this was poor man management or a bad attitude, the Moroccan lost all confidence, finding himself on the bench, going 2 months without starting, with even Bendtner jumping ahead of him.

The player himself admitted he felt the strain of the winter schedule, claiming ‘burn out ‘ and losing his age. From December – April, he would score one against Orient in the cup. As his teammates choked in the title race, the striker had become a forgotten man. Why I think he may have upset management with his behaviour was because Mr Wenger seemed to write him off after one campaign, clearly not having him in his thoughts anymore. Mirroring current issues, it took years to offload him due to his huge salary. Even when scoring twice in the League Cup at Reading, 10 months after his last start, he was left out the next weekend.

This was now impacting his position with Morocco, with the manager dropping him for his lack of minutes. We were still paying some of his salary when he went first to West Ham where he scored 0 goals and at Palace where he scored 4. Selhurst Park did admire his work rate, but a one-year deal again led to 4 goals. With 7 goals in 4 years, he struggled to find an employer apart from a 2-game cameo at Cardiff so decided to retire in 2019.

You could argue the final 9 years of this man’s career were depressing, with him often reminding people how well he had begun in England. The fact that no club for 2 years would give him an opportunity suggests there might be an aspect not made public.
At least he left a legacy at Bordeaux.