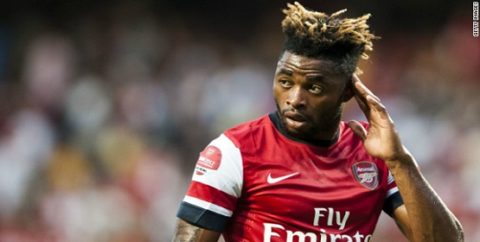 Some of his earliest performances were so poor that many Gooners wrote him off after his first start. Little did we know we would be sad when he was eventually sold, perhaps the closest we have come from a decent DM since the days of Gilberto Silva.

Song’s Uncle is Rigobert Song, who advised his nephew to move to France at 16 due to the lack of academies in Cameroon. A host of clubs were aware of the progress he was making at Bastia, but it was Arsenal who signed him after an initial trial/loan.

Many were shocked when he was announced to start at Fulham due to injuries. At that point he had mostly featured in cup ties but not in his favoured position of midfield. His first Prem start was so poor he was subbed at half time with a section of the away fans turning against him. By 2007 it was believed Arsene Wenger was open to selling him, a loan to Charlton may have been permanent had they not got relegated. Back at the Emirates he was still mostly only starting in the League Cup as a CB. A positive pre-season though saw him compete with the likes of Diaby and Denilson to be Fabregas’ partner. Unlike others he seemed to have the discipline to understand the role.

Instead of bombing forward, he did the simple things well, winning the ball back and giving it to his more creative teammates. As he continued to develop, he became better on the ball. A couple of Van Persie’s iconic volleys against Everton and Liverpool were thanks to two chipped passes by Song.

Van Persie’s exit overshadowed Song’s move to Barcelona, a switch he admits he regrets. He knew it was unlikely to break into their midfield but a move to the Nou Camp was too big an opportunity to turn down.

As soon as the Spaniards were willing to loan him out, I never understood why we didn’t resign him like we did Flamini. Watching him for West Ham it was clear he could solve our issues.

He played at two World Cups, but both were overshadowed by accusations of poor organisation by the Cameron FA, pay disputes and to this current day, investigations into match fixing

Song retired from international football at the age of just 27.