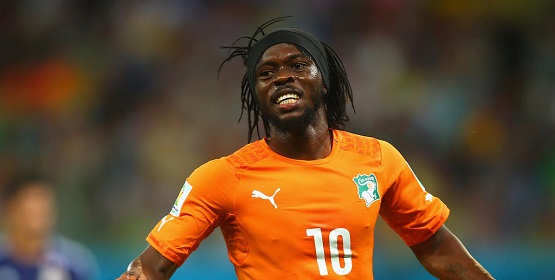 Here’s a player who described Arsenal as the ‘club of his dreams’, crying the day he signed for us. Of course, there is a fine line between love and hate with the winger now hating the Gunners because of how Arsene Wenger ‘ treated him.

Most who worked for Mr Wenger have respect when they speak of him. Even those who left with fans angry at them will admit the influence their former boss had on them. That makes Gervais Yao Kouassi, better known as Gervinho, a unique case, one of the few to leave North London who felt he ‘learnt nothing’ from his coach. The Frenchman hasn’t argued with that, admitting he sold the winger because he felt his confidence had vanished and a fresh start would allow him to find it.

When you think how many opportunities Mr Wenger would give to others it’s clear he had seen enough to write off the player ability wise. Most gooners grew frustrated with his end product. Like Eboue, he had blistering pace but was poor in the final third. When you’re a winger that’s not good enough. I remember a cup tie at Bradford where you could see he was completely frozen because of the atmosphere and the League one side noticed and targeted it. You have individuals who need an arm round the shoulder, but this was the wrong time in our history for any new signing to expect that. Supporters were unhappy that our best talents were being sold while the whole club was under pressure to end our trophy drought. Mr Wenger could no longer have the patience he once did.

Gervinho’s record in France, and even now in Italy, shows that in the correct conditions he can deliver. Maybe the Emirates was just too big a stage?

His mentality has also been questioned by his country, part of an Ivory Coast squad who felt the weight of the ‘ golden generation tag’ although he did finally win the Cup of Nations in 2015.