Arsenal has made Ainsley Maitland-Niles available for transfer this summer, but the decision was made against the wishes of Mikel Arteta, it has been reported.

The Gunners are facing an important summer transfer window that they need to make additions to their team, yet there is limited cash for them to spend so they will have to be creative.

They look well-stock in the attack, but they will need some new faces in defence and in their midfield as well.

They have identified the likes of Lille’s Gabriel and Thomas Partey of Atletico Madrid.

And because the board will love to help Arteta get as many of his top targets as possible, they have decided to get rid of some players, with Maitland-Niles not immune to the shakeup.

The Telegraph claims that Arsenal put the 22-year-old up for sale against the wishes of the manager who has been impressed by the player’s showing just before the end of the season.

The Gunners have looked at their squad for the players that can fetch them some money and they have decided that Maitland-Niles has a nice value and he can bring in some cash for them.

Brighton has emerged as early contenders to sign him according to the same report. 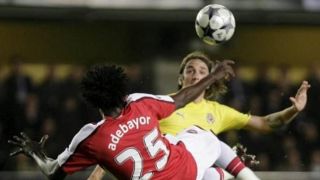