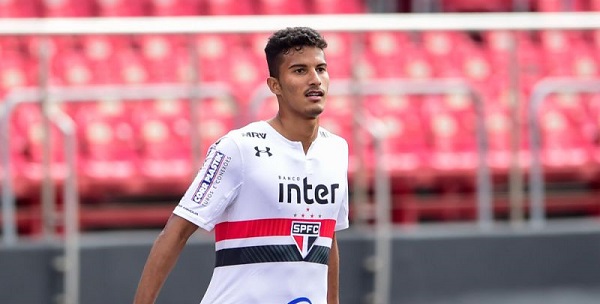 Arsenal’s Brazilian target now back from injury hell, should we move for him again?

Arsenal’s Brazilian league target, Walce is back from a long term injury that scuppered his move to the Emirates in the last transfer window reports Globoesporte.

The 21-year-old was one of several players that Arsenal considered signing in the January transfer window (The Metro) with Edu reportedly plotting a move for him.

However, he got injured and he was ruled out for between six to eight months. He is now back to full fitness and ready to compete again. So, should we move for him?

Being so young and promising, Walce could be the star defender that helps partner William Saliba in the long-term.

With the Gunners looking for cheaper deals in the next transfer window, I think that a move for Walce might make sense because he won’t be as expensive as a similar player from Europe.

The Gunners have been linked with a number of European players to add to their defence, but Pablo Mari and Gabriel Martinelli have proven to us that we can get good value from the Brazilian league.