So we have the very first signing of the post-Wenger era on the very same day that Unai Emery is confirmed as the new Arsenal manager, heralding a new era for the club, but also confirming that the Gunners are set to continue the Wenger-esque policy of buying up the top young talents of Europe and training them up at the Hale End Academy.

The 16 year-old goalkeeper Karl Jakob Hein has joined Arsenal after a successful trial and becomes the first player from his club, FC Nomme United in the Fourth Tier of the Estonia Leagues, to earn a contract in England.

The youngster is currently the Estonia Under-17s goalkeeper, and Arsenal were probably alerted to his talents by the former Gunners keeper Mart Poom, who is Estonia’s goalkeeping coach. Poom actually only played twice for Arsenal in 2006/07 and didn’t concede a goal, but was lucky enough to Receive a Champions League runner-up medal by virtue of being named in the 25 man squad that season.

As you can see he is already nearly as big as Poom despite his tender years, so hopefully he will continue to progress and become Arsenal’s Number One at some point in the future…. 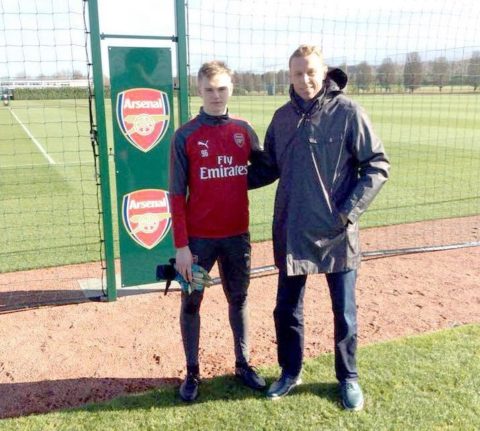 wELCOME TO THE NEW-LOOK aRSENAL!