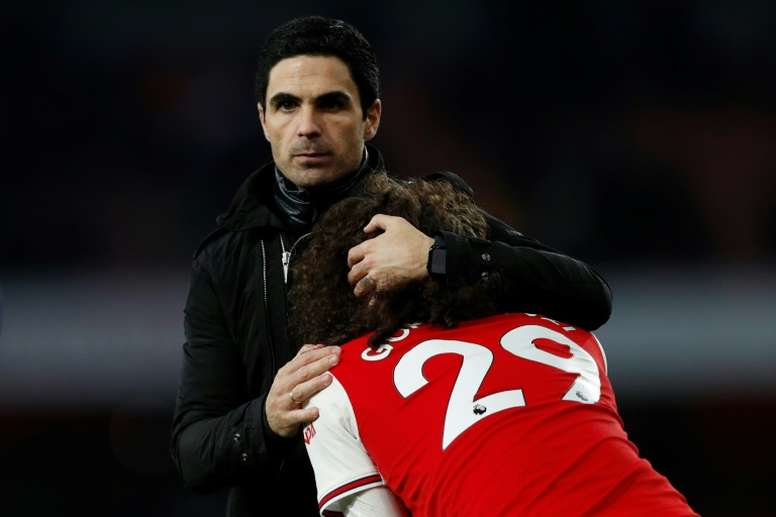 Arsenal agreed a deal to allow Matteo Guendouzi to join Hertha Berlin last week, but his unveiling to the press has now had to be delayed due to him testing positive for Coronavirus.

The 21 year-old has been on international duty with his France Under-21 side, and enjoyed back-to-back wins as captain over Lichtenstein and Slovakia, before travelling to Germany.

Guendouzi has now undergone two tests for Coronavirus, which have both flagged up as positive, although he is said to be asymptomatic and feeling fine, SkySports reports.

The midfielder fell out with manager Mikel Arteta last season on two occasions, with his latter altercation following his antics against Brighton where he was seen to throttle Neil Maupay his last outing as a Gunner.

His return to action with new side Hertha will now have to be delayed until he is able to pass as negative for the virus, before joining up with his new squad for training.

Arsenal’s Kieran Tierney is also set to return to action late because of the Coronavirus, although he tested negative, but has been told he must stay in isolation in Scotland after being in contact with a team-mate who tested as positive.

Our club is believed to be working on a solution to have him back in time for the weekend’s clash with Manchester City, but are yet to secure his return.

The frustration grows further when remembering that Tierney has already tested positive for the virus earlier in 2020, and in theory should have antibodies protecting him from the Coronavirus…

Should the international break have been scrapped altogether?