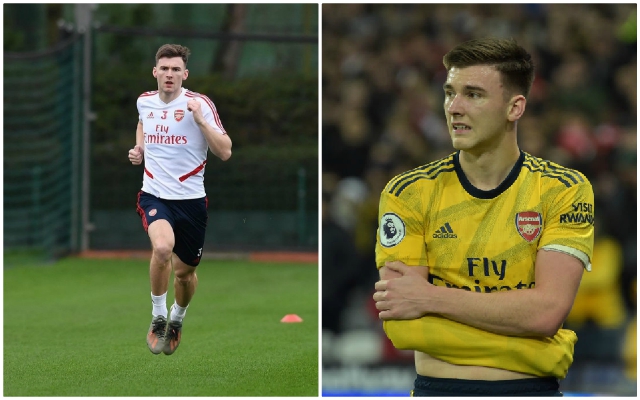 Arsenal defender Kieran Tierney has taken to social media to share an update on his recovery. The ace has been sidelined since the start of December with a shoulder injury.

The club’s official website revealed on Wednesday that the defender’s surgery on his right shoulder went ‘successfully’ and that we can expect Tierney back in full training in March.

The Scotland international shared some images from the training pitch on his social media earlier. The left-back’s post was accompanied by the caption: “You gotta roll with it, you gotta take your time.”

This comes not too long after Arsenal’s official Twitter account posted a clip of the former Celtic star working hard in the gym.

You gotta roll with it
You gotta take your time👊🏼😎 pic.twitter.com/8v4j7yp30Y

Read More: Why Arsenal should go all out to secure another Lille gem

Tierney has made 11 appearances for us across all competitions since joining on deadline day last summer for a fee of £25m, as per BBC Sport.

It’s not ideal that the ace has had to deal with some injury troubles since his marquee move to north London.

We hope that his recovery goes smoothly and that he can pick up where he left off as he was just beginning to establish himself in the starting eleven before the setback.