Lacazette urges Arsenal star to commit his future to the club

Alexandre Lacazette is clearly a big fan of Bukayo Saka.

Arsenal have one of English football’s biggest wonderkids on their books right now in the form of Bukayo Saka, and it’s clear Alexandre Lacazette knows it.

The 18-year-old left-back set up Lacazette’s winning goal away to Olympiacos in our Europa League win on Thursday night, continuing his rich vein of form that has fired him to the top of the club’s assist charts this season.

Still, Saka’s long-term future is not that clear, with his current contract due to expire at the end of next season.

According to The Athletic, Saka’s situation has Arsenal a little concerned, with several top clubs showing an interest in potentially snapping him up.

Like the rest of us, Lacazette clearly doesn’t want that to happen, as he shows below… 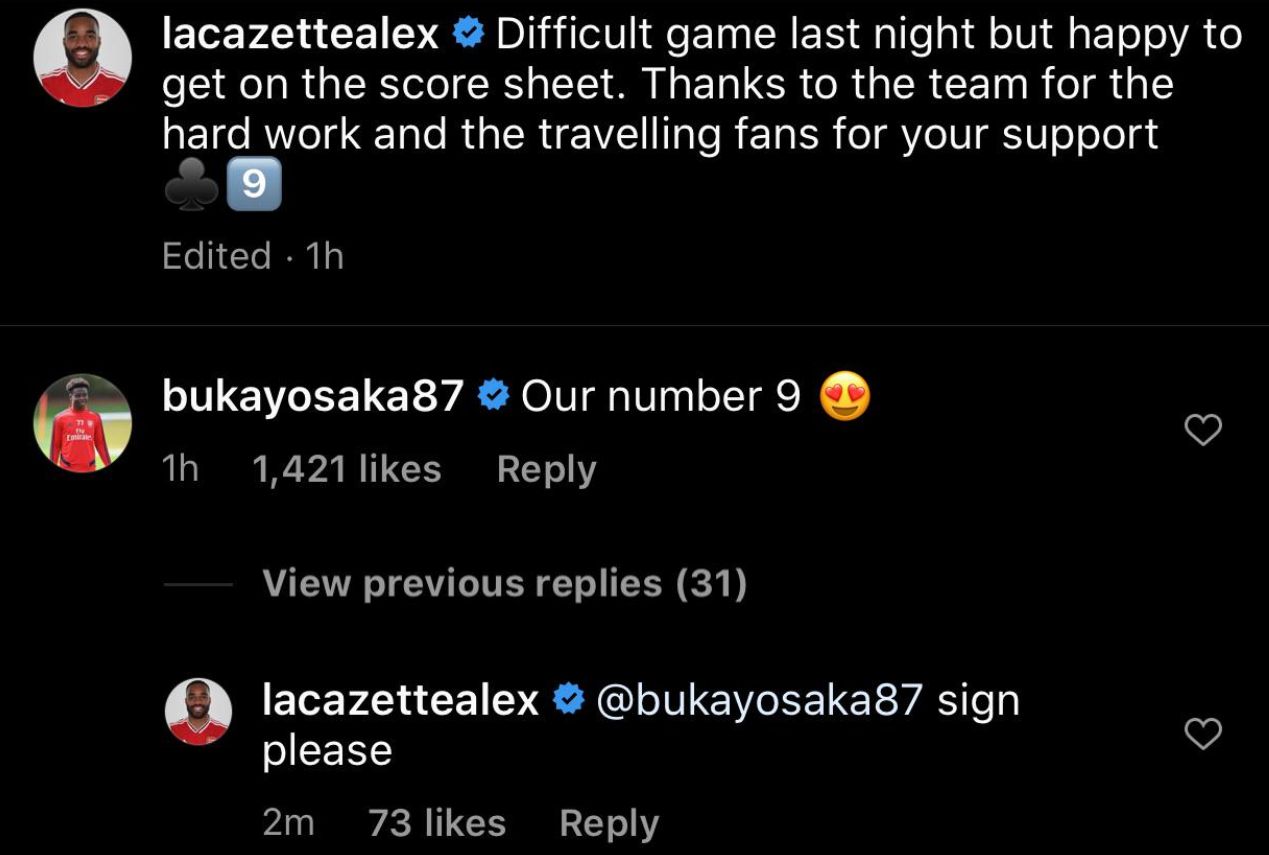 Let’s hope Saka gets the message and commits his future to us as soon as possible.