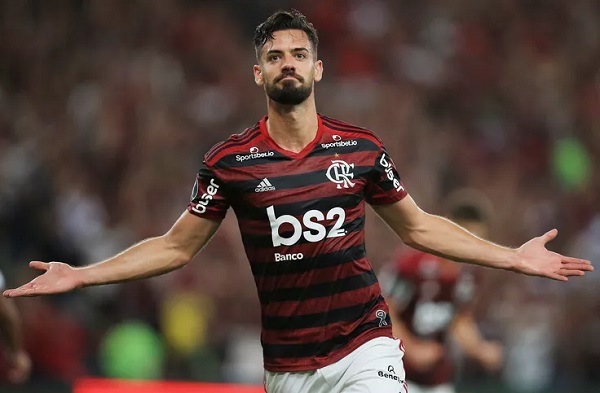 Media going into meltdown with some claiming Pablo Mari deal is on the verge of collapsing.

The Gunners have been looking to sign the defender on loan until the end of the season with a view to making the deal permanent for £7.5 million and that is still the plan despite Mari flying back to Brazil.

The Metro is among the media claiming that the deal is in danger, however, according to Sky Sports News, that was always the plan.

Apparently, Mari was said to have been disappointed about the outcome of his stay in London, what that disappointment is remains very much unclear.

But the media do love to jump the gun and having just watched Sky Sports transfer update they make it very clear that Mari was always going to return to his homeland while negotiations over the structure of the deal take place.

As things stand right now, Arsenal is still in talks with his representatives and the Gunners still believe that they can complete the deal before the transfer window ends in the next five days.

This video is an hour-long but if you zoom to roughly the 23-minute mark you can hear for yourselves the actual state of play.

Mikel Arteta has been open about his desire to sign a new centre back this month as the long term injury to Calum Chambers and the poor form of the likes of Shkodran Mustafi has made it imperative that they add new defenders to their squad.