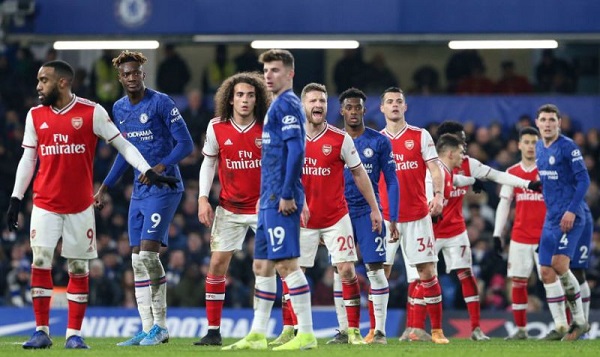 Okay, in reality I doubt the Kroenke family even knew we were playing Tuesday night, yet alone were watching the game over in America. Let’s though pretend they were, and if so, it means this was the perfect draw.

Not just because we twice came from behind with 10 men but because there is nothing better than getting a result while still being able to learn from serious flaws in the squad.

Mustafi showed great mentality to recover from his error at Stamford Bridge and I will never agree with gooners who have verbally abused him. David Luiz also speaks well, pointing to the fact he’s won everything he could at the club’s he’s been at.

Yet the narrative that Mustafi made a mistake, Luiz made poor judgement, is hardly one that will shock anyone with knowledge of the sport. Both make errors too many times for it to be a coincidence. While I genuinely don’t doubt either’s attitude you have to be brutal in this game.

At the highest level, the concentration skills of Mustafi and Luiz could be the difference of winning a Final or not.

There’s a chance of rescuing our season depending on who we buy/if we buy in the next couple of weeks. That would take ambition which our owners have proven for a decade they don’t have. We can only hope this month they become motivated from money.

Even from a pure business viewpoint, it makes sense to pay over the odds now for the sake of greater returns in the summer.

Signing a top defender now could help you win the Europa League, which of course means Champions League revenue.

Or we only seek loans, fail in the cups while bemoaning our defence is not good enough.

Like I said, Silent Stan probably couldn’t tell you who we are playing next, but one can dream…