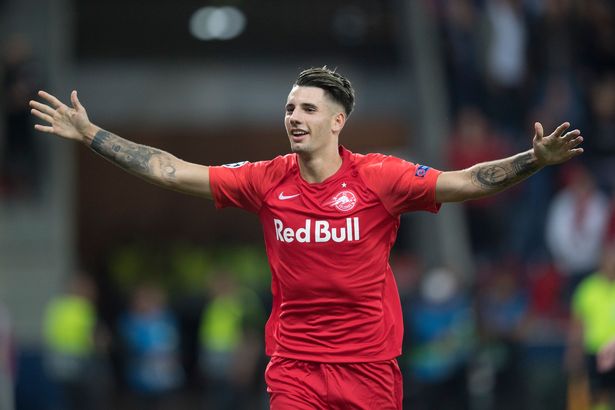 Arsenal’s interest in Dominik Szoboszlai is strong, and the Gunners have already devised a plan that would see them sign him by comfortably paying his release clause.

The 20 year old has emerged as one of the most sought-after players in Europe at the moment, and he was named in the top 10 for the TuttoSport Golden Boy award only this week.

His fine form for RB Salzburg has caught the attention of Arsenal, but the Gunners aren’t the only team looking to sign him when the transfer window reopens.

The Gunners know about the competition, but they are also keen to sign a new creative midfielder for their team ahead of the new season and he has now emerged as a top target.

The Hungarian has a £23million release clause written into his current deal and Arsenal is happy to pay it.
They might, however, struggle to pay all of it in one go and they have devised a plan to achieve that.

Mirror Football claims that the Gunners are prepared to make a move for him with a proposal that will see them pay his release clause, but in three instalments.
This is a similar agreement to the one that they struck with Lille for the transfer of Nicolas Pepe, but it remain unclear if Salzburg will accept it.