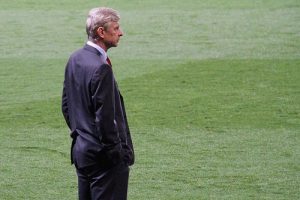 Yesterday there was an article on here by Dan Smith that was headlined “If Arsenal had been honest then would the fans have been so upset?“, but the fact is that Arsene Wenger was totally honest about how this summer would go even before the transfer window opened!

So let’s look at a few quotes direct from Wenger from a few months ago, shall we? On May 31st, Wenger said: “First of all, we have a very heavy squad at the moment so maybe we might lose some players. We want to keep the strength we have and build on that,”

“We will work very hard to find the additions of top, top quality.

“I believe that our squad is very strong and we will only look for top-class people who can strengthen our team now. The basis is there so we need the additions who will make a real difference.”

Now you cannot deny that Lacazette and Kolasinac were ‘top-class’ signings that could be massive improvements on who we had in those positions, can you? And he has definitely disposed of many players that were unlikely to play for us again. Exactly as promised.

Then, just a few days later in an interview on Bein Sports, Le Prof was asked how many signings he expected Arsenal to make this summer. “Between a maximum of two or three,” Wenger replied. “We cannot spend as much as many other clubs because some clubs have external resources that allow them to be basically unlimited.”

“We can spend money because we have managed the club well,” he added. “Let’s not forget the amount of money spent is not a guarantee of success. We have to be clear what we understand as a big signing. Is [Rob] Holding a big signing for you or not?”

That statement was made knowing that we were just about to announce the (free) transfer of Saed Kolasinac, and he is a brilliant signing, despite costing absolutely nothing! And regarding regarding Kolasinac and Lacazette, that is definitely 2-3 top-class signings, and if there had been a third it would have been Lemar. Honest yet again.

As for the contract situations with Alexis Sanchez and Mesut Ozil, he clearly said in the same interview: “This summer, first of all they will stay at the club and hopefully we can extend their contract.” Obviously Wenger doesn’t think they will extend, but he made it clear they will carry on playing their best. When asked if either would leave, Wenger added: “I believe, at the moment, we’re not on that front. We’re focused on keeping the team together and to see how we can strengthen the team.

“When you sign a contract somewhere, you commit to give your best until the end of the last day of that contract. I would say ‘why should they not give their best?’

“The interest of any player is always to play football and well, even more so at the end of your contact. If you’re a winner, you want to win the game you’re playing.”

So this is what Wenger clearly said right at the start of the transfer window. Everything he said has come true, and every other rumour and speculation that we were served up by the media was nothing but eyewash, dreamed up to keep you buying their papers and clicking on their stories.