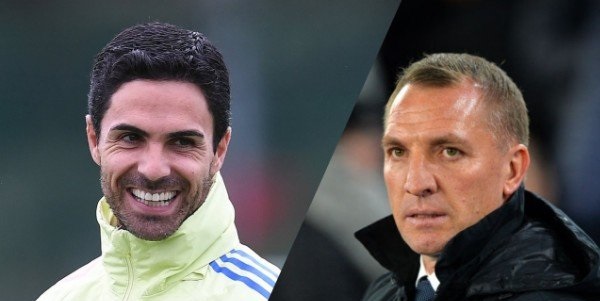 Arsenal will take on Leicester City in the Premier League this weekend as they look to get back to winning ways in the league after their 1-0 loss to Manchester City the last time out.

The Gunners have started this campaign well after they earned three wins from five games so far.

Having boosted their team in this transfer window and after winning the FA Cup and Community Shield this year as well, the Gunners expect to end this campaign inside the top four.

One other team that will be challenging for a place there is Leicester City and the Foxes lost their last league game before this match as well.

Arsenal has already faced Brendan Rodgers’s this season and the Gunners beat them 2-0 to eliminate them from the Carabao Cup.

Speaking on the Arsenal website ahead of the Premier League fixture, Mikel Arteta said that he didn’t expect to play against the same Leicester City team.

He expects to see changes in personnel, just like he will have a different team for the match.

He said: “I think it was different. Different players and probably different formations as well, in a different competition. But I think we will both look at those and try to get something out of it, but I think it will be a different game.”