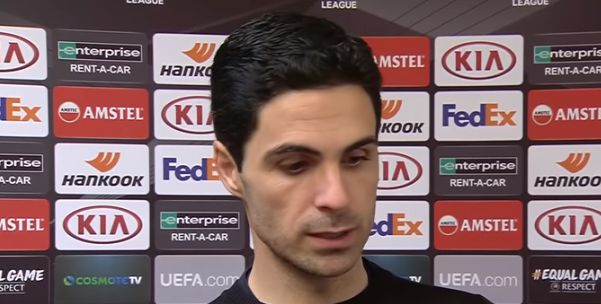 Arsenal are heading into a very tough League game against Leicester which could see us rise up the table with a win, but a defeat will plunge us back into mid-table mediocrity for another few weeks.

But we do have some impetus after going 8 games unbeaten, and we had one of our better games against Aston Villa last week, and Mikel Arteta is hoping to see a repeat performance but even better. He told Arsenal.com: “I was really pleased with the performance, with the energy that we had, we every intention from the first minute to do what we believed could hurt Villa and we continued like that throughout the game so it’s another step. That game is gone and now the full focus is just on Leicester.”

His young team has done very well considering how long they have been playing together, and Arteta knows that they still need to improve improve every single game they play. He continued: “We go game by game and try to improve every single game. Try to keep the spirit and perspective in the right place and when things are not working and the same when things are getting better.

“I think in every department we can get better. The use of the ball, the understanding of the game, how we manage situations, how we deal with moments of pressure. In everything, in every department, I think we have a lot of improvements to make but there are some basics that we are doing much better which helps a lot to win football matches.”

We cannot underestimate the importance of this game to gauge if we can really compete against teams that expect to finish in the Top Six this season. We have been very steadily getting results, but now we need to prove we can do it away against other ambitious sides, like Leicester…