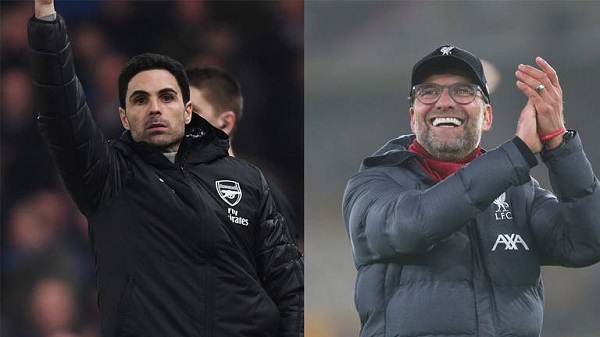 Arteta is maximizing Arsenal – like all great managers do…

Arteta is Maximizing Arsenal. by AI

One of the best markers of the level of a manager is what he can consistently do with what he has.
A world-class manager like Jurgen Klopp can beat Bayern Munich back-to-back in the league with Borrusia Dortmund. He can challenge Pep Guardiola and his Abu Dhabi assembled fleet with Liverpool. He won promotion for Mainz and kept them in the top half of the Bundesliga the next season. That is what explains his level.

Arsene Wenger got to the Champions League 16 consecutive years with squads that went through huge swings of quality. Pep Guardiola won everything possible to be won, and basically forced a new interpretation of football on the world with one of the best teams ever.

With Bayern Munich, he improved one of the best teams of the era, popularized the concept of the inverted fullback and reached three consecutive semi finals in the Champions League. And in England, well, we all know what he did. He literally broke the Premier League with one of the best sides in the history of the division.

The point is, you can only do as much as you have been given. Some like Guardiola have had the best of tools and have achieved the best possible while some like Klopp or Wenger overachieved. A world class manager simply maximizes the tools at his disposal. And that is what Arteta has been doing.

Since Arteta came in, we have become incredibly difficult to beat and literally all of our losses have been flukes. The loss to Chelsea early on in his reign was a rare mistake from Bernd Leno. Olympiakos’ was also another defensive blunder from both Leno and Luiz. The 3-0 loss to Manchester City was very much instigated by David Luiz. I can’t remember much else. It’s incredible to be able to make this case.

We have become a very compact side with deadly ability in transition. We can score from setpieces, pressing, in transition, against a settled defense and out of the build up phase. While we have not yet reached the incredible level of Liverpool in the different ways we have of producing goals, we can see that we are on our way there.

With rumours strongly linking us to the likes of Thomas Partey and Houssem Aouar, you can tell that the club is looking at improving in many areas.

Arteta is maximizing output from our current bunch of players and you can’t ask for anything better. Once the inherent quality of the squad improves, Arsenal will only get better.

The title of the third best club in England is up for grabs. Understanding that Liverpool and Manchester City are 99-points teams makes it a great thing to be the best after them. It means you are maybe 10 points worse on average. Last season, Chelsea got… 66 points and United a little more. Chelsea might have all the money in the world to reinforce their squad with but it’s not clear if the coaching can get them there. Manchester United also look strong and compact but it’s not yet clear how far Ole Gunnar Solksjaer can take them. These teams all have far more money to spend than we do and are spending it but Arteta gives us hope.

And as Johan Cryuff famously put it, a bag of money does not necessarily translate into goals and results. Having great coaching and great players does it. It appears that we are very well on our way towards both in Arteta and the coming reinforcements.