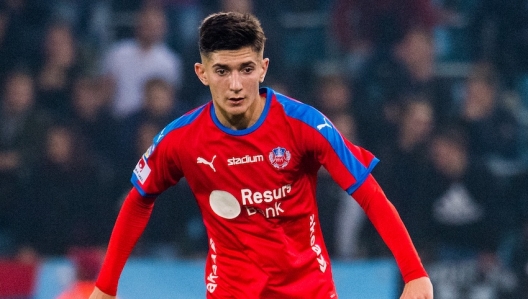 The 18 year-old was been a regular in the first team for the Swedish outfit last season, picking up 14 appearances in the Allsvenskan, scoring once.

His performances have not gone unnoticed however, and is now said to be rated amongst the best young defensive midfielders on the continent.

The Football Insider claims that the club are well aware of the growing interest in their wonderkid, and are willing to accept a fee of between £2.5-3.5 Million for his signature, with just over a year remaining on his current deal.

The Swedish division is set to begin next week, with their new season having been delayed by the Coronavirus pandemic, with their division usually running from April until December.

Arsenal already have a young and exciting squad, and the chance to join one a team with such huge potential, as well as the chance to team up with the exciting coach Mikel Arteta may well excite the young future star.

We already have three of the top 10 best young players (players born since 2001) according to the Football Talent Scout, and joining our up-and-coming team should pose as an exciting prospect for the 18 year-old.

He could well be chosen to be the long-term partner in midfield for Matteo Guendouzi, with the 21 year-old also highly rated, although he is too old for the above list.

Will Arsenal prove to be the most exciting destination for young future stars currently? Is there any other club with as many potential future stars?