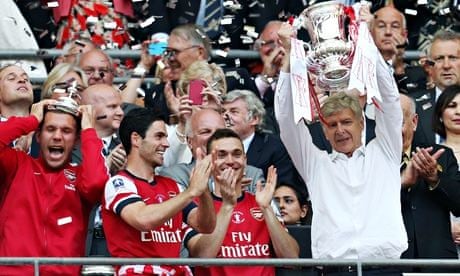 It is a fact that very few ‘big clubs’ make the FA Cup a priority until they somehow get into the latter stages of the competition, but Arsenal’s new coach Mikel Arteta fully realises the impact of a cup win can have on the morale of a team going through a bad run in the League.

From his experience of his playing time at Arsenal and helping the Gunners to bring home the Cup after 8 barren years, he is under no illusions of the benefits of finally winning the FA Cup.

“I think winning brings togetherness and when you have beautiful experiences together and you win trophies, those experiences stay within that group,” Arteta said on RTE. “You like more the people you work with and you believe more in them and share some fantastic moments and that stays.

“That habit of winning, winning and winning. After you win, you don’t want to stop winning and you become addicted to that and that is what we have to try and implement at this club.”

“When I arrived here, obviously we were trying to fight for the Premier League, but at the time we didn’t quite have the level to sustain it every year so the cups become very important.

“This club has a massive history with that and it was eight years without winning absolutely anything, so for us to lift that first FA Cup was a massive relief.

“It generated a really good belief and unity around our team and that helped that group of players to achieve what they achieved later when they won other cups.”

So right now Arsenal are in a worse position than when Arteta arrived as a player, and it is a fact that an appearance at a Wembley Final would be a massive boost to the players and the fans. It makes perfect sense that we should aim for achievable targets like the FA Cup and the Europa League, and he also believes that if the fans are not behind the team then it makes it even harder for the players to win anything at all.

“Now when we know we have the fans behind us, we have to pinch our players to react in a certain way to get them behind us and use them to have a better performance and to create more fear in our opponents.”

It is getting a bit ahead of ourselves right now to be thinking about trophies after the season we have had so far, so the priority now is just to get another win under our belts against Leeds today and start growing in confidence.

So far so good Mikel, keep it up!