Arsenal have been on a really good run since Christmas, so I think it was inevitable that we were due a game that didn’t go our way, and it finally arrived against Crystal Palace yesterday. Even the energy of Saka and Smith-Rowe couldn’t find a way past the Eagles low block, and we were missing the attacking capabilities of Martinelli and Tierney.

It seemed like we effortlessly kept our fourth clean sheet in row, but we were completely toothless up front in the crowded final third of the pitch, with Aubameyang and Lacazette mostly anonymous.

Mikel Arteta was happy to take the clean sheet at the end, but bemoaned our lack of finishing prowess. “After a great run we wanted to come here today and win the match, but I think we lacked some freshness,” Arteta told Arsenal.com. 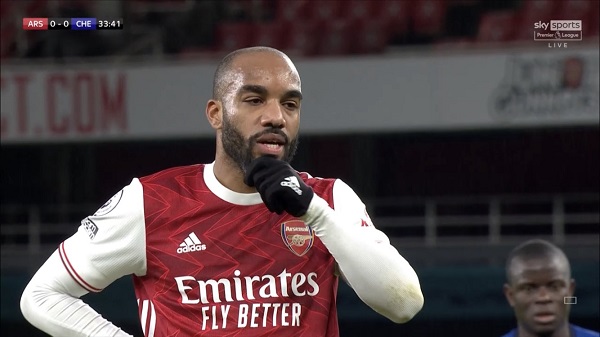 “We lacked some quality and end product in the final third to win the game. We took a point, another clean sheet which is really positive, but disappointing not to get the three points.

“I think the spirit – and we did have some difficulties in the game where we started to give some difficult balls away without any pressure – and the attitude the team showed in tracking back, I think the boys were terrific there but we lacked that freshness today and that spark in the final third/

So we remain in 11th place in the table, and all the teams above us have at least one game in hand. That Top Six is receding into the distance unless we regain winning ways against Newcastle and go on another winning run…

READ MORE: Some Arsenal fans turn on Aubameyang after another blank display!