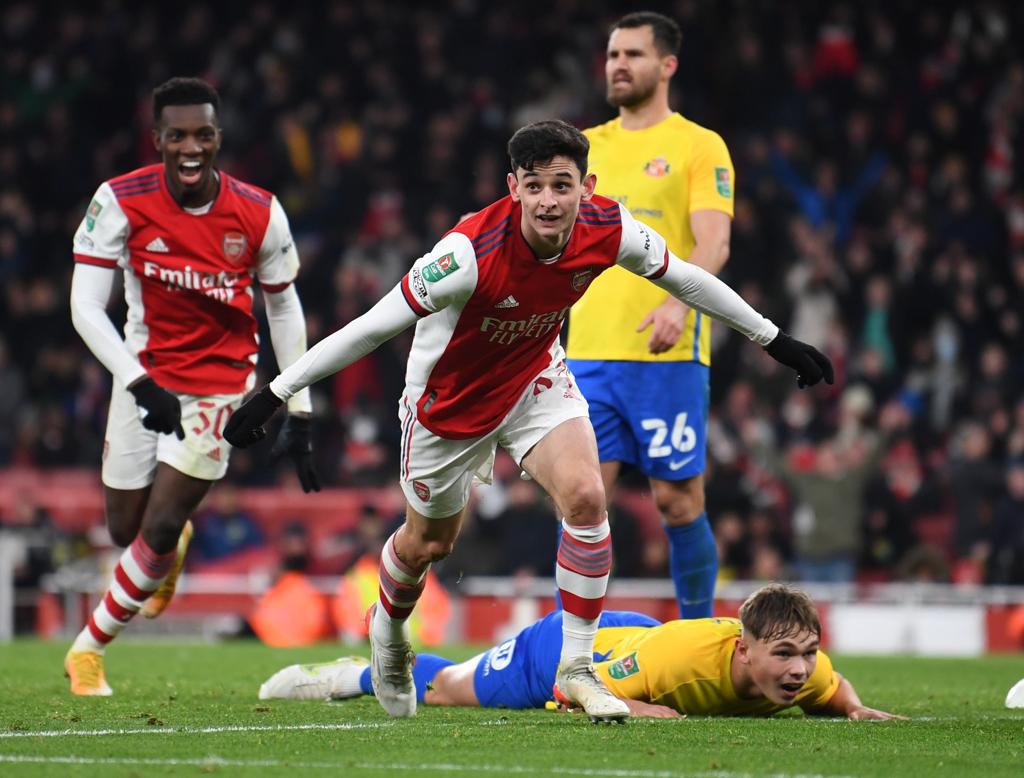 Arteta reveals the plan that will aid the development of Patino

Arsenal’s latest star boy has arrived. Everybody in the inner footballing circles already knew that the Gunners have a special gem in their hands.

Now the whole fanbase knows about it. He goes by the name of Charlie Patino, and many believe it’s just a matter of time until the young midfielder starts doing it for the senior team instead in the junior leagues.

Speaking ahead of the tie against Norwich City at the weekend, manager Mikel Arteta was delighted to see another Hale End graduate gracing the grass of the Emirates Stadium in our League Cup victory over Sunderland.

A goal on his Arsenal debut 🌟 pic.twitter.com/bN3xYUj63W

“Charlie is with us more and more in training sessions, yesterday was his first competitive match which was a beautiful day for him and everybody involved in the club and we’ll go slowly from there.”

But the Spaniard admitted that the 18-year-old will only be introduced when he and the club thinks that the time is right.

The spotlight, the fame, the pressure can sometimes come too early for some youngsters. As they say, ‘better late, than never,’ the same phrase can be used in this case too.

Phil Foden is a perfect example that comes to mind. Everybody knew the talent he had. But still Pep Guardiola was adamant that the young Englishman needs more time.

Now the guy is regularly uprooting trees for Manchester City as well as the England national squad.

“If we need him, we’ll use him if the numbers are quiet,” said Arteta. “We have to throw him in there when we believe he’s ready and he’s making the right steps and we’re really happy with where we are.

What a night! 🔴⚪️
The Best Day of My Life!!
Thanks to all the fans for your support!!❤️@Arsenal @ArsenalAcademy pic.twitter.com/uvV15zsAIY

The Arsenal boss continued, “I am delighted [so many players are coming through youth system] but that is down to all the work that has been in the academy and at the club over many years and this is the fruit of that work.

“Now it is about finding the right moments to give opportunities to these kids and finding the space in the squad to be able to do that.”

Arteta is certainly right. But I don’t want to see the repeat of last season’s incidents. If things are not going right, use different players.

Any sane person stops using a thing which used to work but continues to stutter at the present. It’s time Arteta shows that he has matured as a manager.