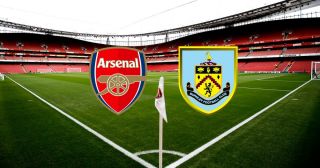 All Arsenal players and fans were more than aware before the game that nothing less than a win against Burnley would do, with the Gunners dropping down the table rapidly.

But alas, we somehow managed to lose to Burnley at home for the first time in 46 years, and to be honest it wasn’t a big surprise. We also suffered our 4th defeat in a row at home, which is the first time that has happened since 1959. That, coincidently, was the year I was born, and I am now 61!

But after the game, Mikel Arteta tried to find some positives, stressing that we were by far the better team and totally dominated Sean Dyche’s relegation battlers. Our boss told Arsenal.com after the game: “It’s another really disappointing defeat because of the way we performed, the way we completely dominated the game, the chances we generated,”

“They had zero shots on target but instead we lose the game. Obviously the red card changes the game completely. Still, we have to defend the set-piece better and we had some really good moments still with 10 men.

“As you could see, you could not fault what the players are trying to do and how much they are willing. And probably it’s that they are too willing that Granit did what he did. I’m extremely disappointed obviously.

Can anyone remember when we last dominated and actually won the game? At my age my memory doesn’t go back that far any more. And as for remembering the last time Aubameyang scored…