#ArtetaOut? You should see what Everton fans have in store for Monday

Incredibly, after Arsenal’s narrow defeat to Man United at Old Trafford on Thursday, the hashtag #ArtetaOut was trending like mad on Twitter, but remember this is after Arsenal have only lost away at Old Trafford and are yet still placed in 5th place in the League table.

Arsenal fans though haveextremely high expectations, and like to compare ourselves with the Liverpools, City, United and Chelsea, and nothing less will suffice.

So today I would like you to spare a thought for our opponents on Monday, Everton, who were once considered a powehouse of English football. Back in the 80’s Everton won 2 League titles, an FA cup, 3 Charity Shields and a European Cup-Winners Cup..

In the 90s they only won one FA Cup in 1994/5, managed by Toffees legend Joe Royle, when they beat Man United in the Final.

Since then they have had nothing at all, and the fans have become slightly even more frustrated than Arsenal fans, and crave for a return to the former glory days.

Recently Everton have appointed successful managers like Carlo Ancelotti, and now Rafa Benitez, but they are currently in a lassive run of awful form, without a win in 8 games, and the Toffess supporters groups have all got together to organize a protest against the Board and owner during the game against Arsenal. They want all the fans to hold a mass walkout after 27 minutes of the game, the 27 meaning the amount of years since they won that FA Cup, their very last trophy.

The supporters statement reads: “27 years without a trophy is unacceptable.

“Show your feet on 27 minutes during the game against Arsenal on Monday evening and leave your seat.

“Let’s show that the incompetence from the top at Everton Football Club cannot continue.”

So maybe Arsenal fans don’t have it so bad really. In fact if Gooners demanded a walkout in those same terms, we would all have to leave in the third minute! lol.

Patrick Vieira calls for only peaceful protests at today’s Arsenal game
23 May 2021, 11:31 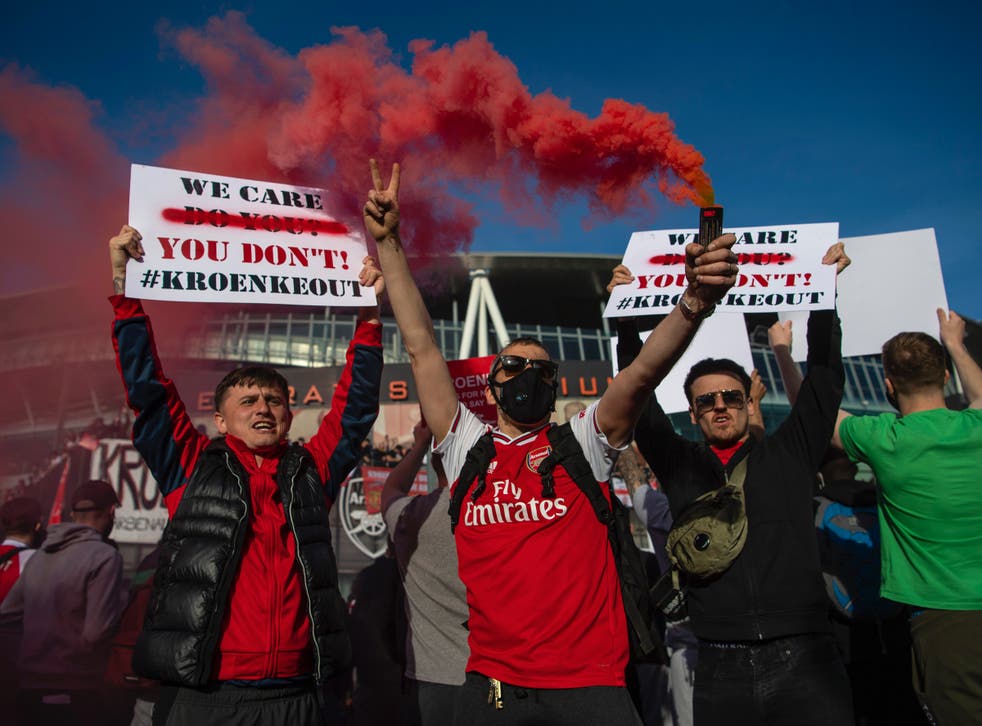