This will hopefully be an exciting summer of signings for Arsenal, and the European Championships could well set the stage for a number of players to earn moves to bigger clubs.

The big tournament kicks off Euro 2020 this evening when Italy take on Turkey in the Stadio Olimpico, and there is six players who are in contention to feature who have been linked with a move to the Emirates.

My personal favourite is Italy’s Manuel Locatelli. The 23 year-old has earned a number of potential suitors after a thoroughly impressive 12 months in Serie A, where he has become a standout for both club and country, and IRdC believe we are amongst those chasing his signature.

Hakan Calhanoglu is another who we are believed to be interested in, with most not needing to know of his strengths or abilities from his time in Germany and Italy. The AC Milan star is out of contract this summer, and would no doubt be a great addition if we could tempt him to join.

AC Milan made a final offer to Hakan Calhanoglu and asked him to respond as soon as possible.

Hakan Calhanoglu told Massara that he would not accept the offer of a salary of less than 5.5 million euros.

Simon Collins told The Gooner Talk that we are also eyeing a deal for Zeki Celik. The Lille full-back is viewed as a potential replacement for Hector Bellerin after helping his side to top the French division this season. He’ll definitely be one I’ll be keeping a close eye on this evening.

Yusuf Yazici is another of those Ligue 1 champions for Lille, but his form has dipped in recent months after a blistering start to the campaign. He was linked with a move to bigger clubs in January however, which may have proved a distraction. TheSun named Arsenal as keen back in November, and this tournament could well be his chance to really put himself in the shop window.

Despite a disappointing spell with Leicester, Cengiz Under is also being linked with a potential move to North London, with The Mirror citing TMWeb as their source. The attacking midfielder has been rated highly in previous seasons, but it didn’t work out at the King Power for whatever reason.

Orkun Kokcu is a player we have been linked more and more over the last 18 months. The winger-come attacking midfielder looks likely to get his move away from Feyernoord this summer, and with Chelsea most recently linked, he is definitely one to keep close tabs on.

Dk why there are rumours linking Chelsea with Orkun Kokcu from Feyenoord. Roma are linked too. Was linked with Arsenal big time last summer before extending with his club. Hasn't had the best of seasons, will be playing for Turkey in #Euro2020 though. Do #CFC need him? Nah https://t.co/FM07SECmHI

Even as a neutral, the European Championships always seems to be an exciting watch regardless, but I’ll certainly be following each of these names closely this evening. 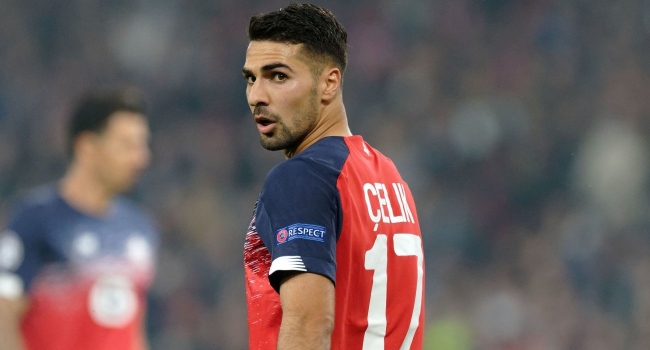 Arsenal and Liverpool confirmed as missing out on midfielder target
19 August 2021, 10:45