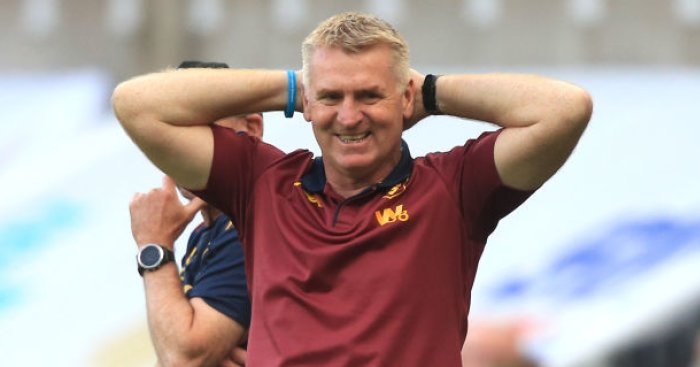 We all remember how Aston Villa secured Premier League survival by taking all three points off Arsenal in August, but you should also remember that we only beat them 3-2 in the reverse match at the Emirates having to come from behind with two goals in the last ten minutes to secure the points.

The Villa boss Dean Smith remembers it well. He told FourFourTwo: “Yeah, you get over it. It is a game we felt we should have won but didn’t. Life goes on,”

“Our last couple of outings against Arsenal have been really good. We had a good result at home and then played them in pre-season. We certainly know a lot about each other.”

Aston Villa have certainly had a good start to this season, with that 7-2 drubbing of Liverpool the highlight so far. And although they have lost their last two games, it may be worth mentioning that Villa have won all four away games so far in the EPL and the League Cup, and results are indicating there is no such thing as home advantage without fans in the stadium. Plus, right now, Villa are ahead of Arsenal on goal difference.

So I don’t think Villa are coming to the Emirates just to make up the numbers, and definitely feel they are capable of beating us again. The Villa boss has obviously been studying Arsenal’s recent games, and told HITC: “It’s a club that’s in a certain transition period,”

“They had a really good result against Manchester United last week and Molde.

“He [Arteta] has got a certain way that he wants to play and he wants his players to buy into that. They have had a couple of misses this season as well, so we know that there’s a period in a game that we can get at them, so we have to make sure we pick them periods well.

“I think they counter-pressed Manchester United really, really well. They won the ball back really quickly and high up the pitch. But they have scored five, six, seven goals from open play this season and probably more than other teams in terms of building up from the goalkeeper as well.

“They can play both ways. They can go and high press you and win the ball back high. But they are very comfortable at playing out from the back as well. We have to find a good balance of when to press them and how to attack them.”

Let’s hope that Arteta gets his tactics spot on, because we are in for a dire battle against Dean Smith’s side.

Video – Arteta gives his reaction to the performance of Aston Villa
9 November 2020, 20:45