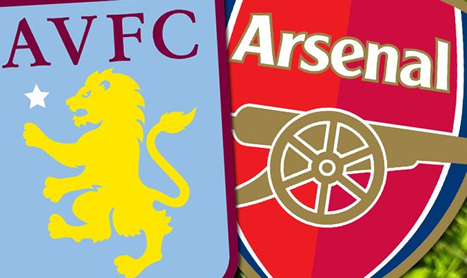 Shkodran Mustafi is a confirmed absence through injury tonight as confirmed by Arsenal after the shocking tackle by Raheem Sterling, although two players return to action against Aston Villa tonight.

The German defender has started all nine fixtures since the resumption of football on June 17, but is being assessed after his ankle was stamped on before Sterling fell knee-first into his hamstring.

He will join the already-sidelined Pablo Mari, Bernd Leno and Calum Chambers from missing at the back, while Gabriel Martinelli remains out up front.

Arsenal will welcome back Cedric Soares and Eddie Nketiah back into contention however, after they were unavailable due to being cup-tied in the former’s case, while the latter has completed his three-match suspension.

The above line-up would bring six changes to the weekend’s line-up, but I wouldn’t be shocked if Granit Xhaka was also rested with a view to giving him a slight break ahead of the FA Cup final in 11 days time.

Mikel Arteta has rotated quite a lot in recent weeks, although the likes of Xhaka, Aubameyang, Mustafi and Luiz have played plenty in a short-space of time, and could probably do with a slight break at some point before we take on Chelsea.

With six points needed from our last two matches to try and guarantee ourselves a European spot through our league position, we cannot afford to take any opponents lightly.

With this in mind, I don’t expect wholesale changes today, but in the unlikely event of us failing to win tonight at Villa Park, I would expect all of the above to sit out the weekend’s fixture.

This team above should have more than enough strength to come away with a convincing result against the relegation-threatened side, but how many changes are you expecting from the side that earned a spot in the FA Cup final?