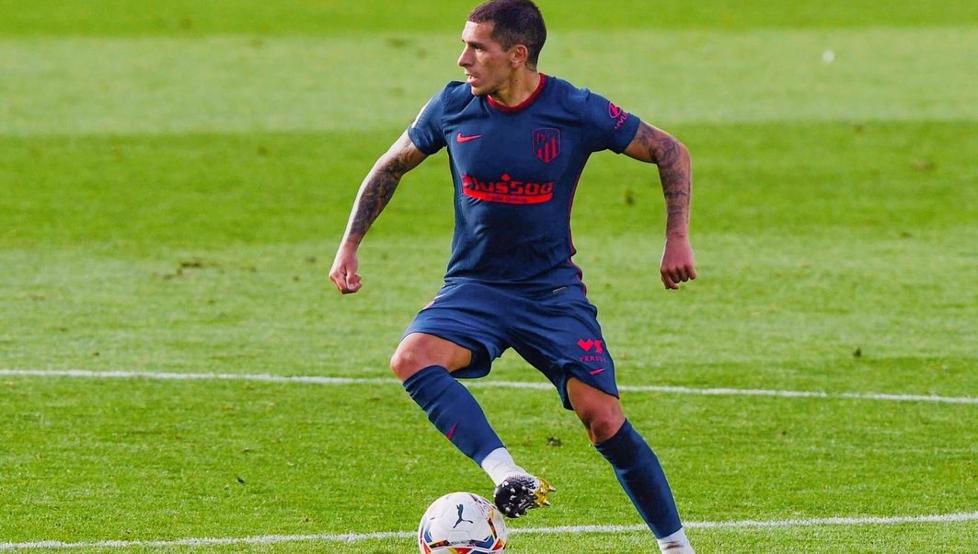 Arsenal’s Lucas Torreira made his debut on loan for Atletico Madrid yesterday, and his new manager Diego Simeone was full of praise afterwards.

The 24 year-old left North London on deadline day in an initial loan deal, with fellow midfielder Thomas Partey moving in the opposite direction.

Torreira played the full 90 minutes as his new side earned a 2-0 win as his side remained as La Liga’s only unbeaten side at this point in the term.

He didn’t get his name on the scoresheet, but his performance did not go unnoticed, and Simeone has moved to single his new player out for praise.

“He is a very hard-working boy, we are going to need him,” he told reporters after the match (as translated by the DailyStar).

“He competes very well, he will give us a lot of strength there in the middle of the court, when he obviously picks up the pace of the game.

“His speed characteristics, going out quickly in the circulation of the ball in the middle will generate more speed in that part of the middle of the pitch and well, hopefully he will find the best form.”

The midfielder did suffer with cramp in the latter stages of the 90 minutes, but the player battled on and managed to play on until the final whistle, which pleased his new manager further.

“We knew that such annoyances could happen because it had been a long time since he played in this situation,” Simeone continued.

“But from his first day here he showed what his characteristics were – a guy who is going to give absolutely everything.”

It remains to be seen if Torreira will make his move to the Spanish capital permanent, with no agreed transfer fee included in his loan deal, but I can’t help but feel he would still be a good option to have at the Emirates.

Could Torreira return to Arsenal next season? Why would such a hard-working player struggle under a manager like Mikel Arteta?