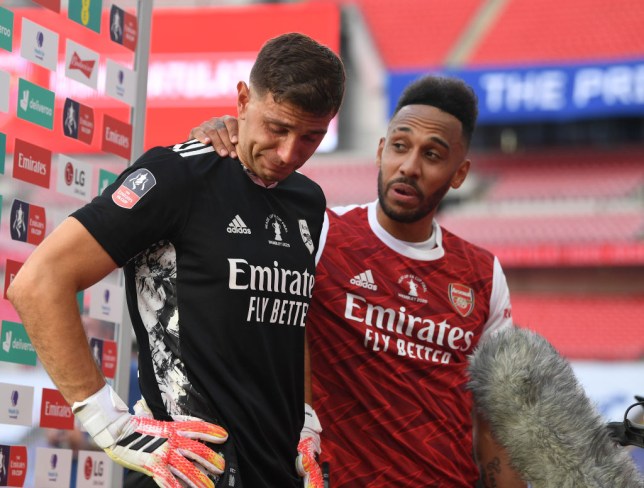 Arsenal striker Pierre-Emerick Aubameyang has admitted to playing mind games with Emiliano Martinez ahead of today’s clash with Aston Villa.

The Argentine goalkeeper left the club this summer, to join the Villains, having failed to convince Mikel Arteta that he was deserving of the number one spot.

Martinez struggled for first-team minutes in his eight-year spell at the Emirates, but managed to thoroughly impress when filling in for the injured Bernd Leno towards the end of last season, including playing a key role in our push to win the FA Cup, and followed that up by winning the Community Shield before leaving for pastures new.

After a long time with the club, it is no surprise to hear that he remains in contact with some of his former teammates, and Aubameyang has revealed that he spoke to him ahead of today’s game, including some mind games about a possible penalty today.

“He knows [the secrets], but I’ve got no worries about that,” Aubameyang told the official matchday programme. “He knows a lot of things, but things can change on the day of the game.

“Emi is a great keeper and a great guy as well. It’s going to be funny to play against him.

“He sent me a message and said, ‘Hopefully you’re going to get a penalty and I’m going to save it.’ I said, ‘OK, be ready for the chip then!'”

I personally feel these mind games could go against us, especially as Martinez likely has a decent grasp on how our penalty takers prepare and line-up their shot, but we shouldn’t need a penalty to get the better of Aston Villa this evening.

Will Martinez have an advantage should we receive a penalty?