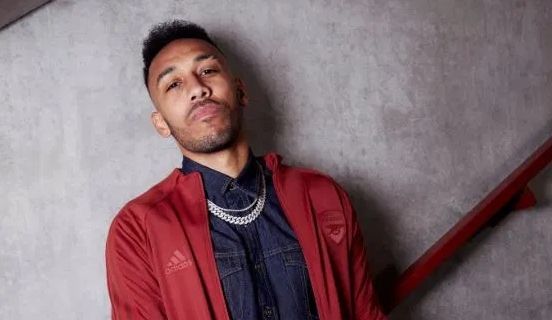 Aubameyang is rejecting two other offers to stay at Arsenal

Arsenal is on the verge of agreeing a new contract with Pierre-Emerick Aubameyang.

The club captain has entered the final year of his current deal at the club and they have been in talks with him over a new one.

Aubameyang has been Arsenal’s most important player this year.

The Gabon striker scored both goals in the final and semi-final of the FA Cup this year as he helped the Gunners win the cup for the 14th time.

He also scored Arsenal’s goal and the winning penalty as they beat Liverpool to win the Community Shield on Saturday.

As each day goes by, he has continued to prove why he must be kept and the club is doing all it can to keep him.

Mikel Arteta has remained confident that the captain will sign a new deal soon and that appears to have been corroborated by respected journalist, Fabrizio Romano.

He claimed that the striker will indeed sign a new deal soon before adding that he rejected two other offers to remain at Arsenal.

He tweeted: “Mikel Arteta just confirmed again that Pierre Aubameyang is “close” to extend his contract. Arsenal consider the agreement almost ‘reached and completed’, the deal is done – he turned down 2 other bids. Gabriel Magalhães will be announced soon.”