Aubameyang has spent some time away from social media whilst he has been recovering, but claims that he hasn’t missed it in his latest tweet, as reported by the DailyMail. 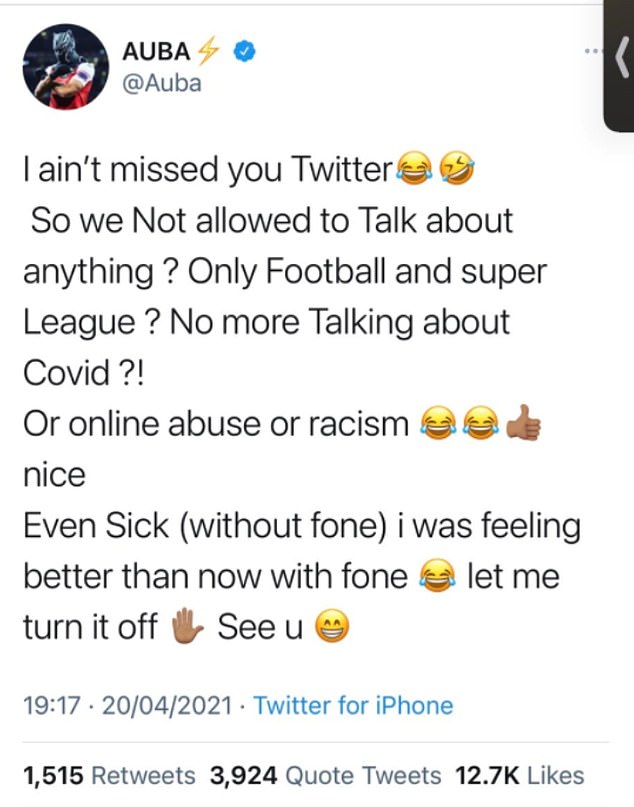 The 31 year-old followed up the above by deactivating his account, and it hasn’t been made clear when this was reactivated, but the Twitter account is active at this moment in time.

Aubameyang’s grievances were not made 100% clear, but he appears to have been mostly angry about the mass-uproar against the new European Super League, as opposed to the limited anger with racism issues, false Coronavirus propaganda and lack of effort to tackle bullying and online abuse.

The level of uproar against the ESL has been 10x that of anything we have seen around the racism seen in football, and possibly even more so than we witnessed around the death of George Floyd from people within the UK.

His outburst has been removed despite his account being reopened.

Do some of Aubameyang’s comments ring true? Should there be more uproar against other wrongs in the world as there was against the ESL?