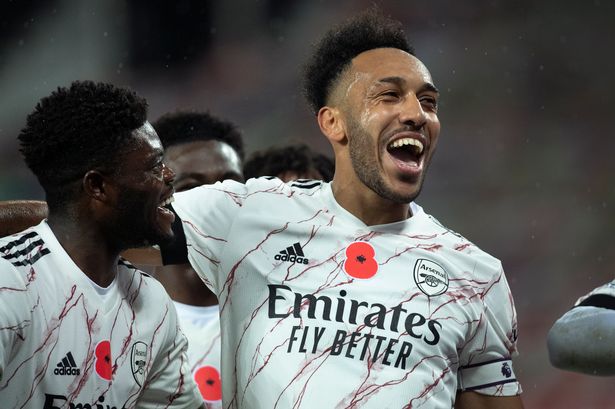 Pierre-Emerick Aubameyang will miss Arsenal’s match against Manchester United on Saturday because of quarantine.

The Gabon attacker has missed Arsenal’s last two games and revealed recently that he had to visit his unwell mother.

Mail Sport says he returned to England on Wednesday and has been in quarantine.

His frame of mind after spending some time with his sick mum might play some role in when he returns to action, but he will not be available for the visit of United this weekend.

The report adds that he could feature against Wolves next week if he returns a negative test for covid-19.

In his absence, the Gunners exited the FA Cup at the hands of Southampton, but they took vengeance when they beat the Saints 3-1 in their last league game.

Nicolas Pepe and Alexandre Lacazette both dedicated their goals to the Arsenal captain.

This has been a tough campaign for Aubameyang who signed a new contract at the Emirates at the start of the season.

He had scored 22 league goals in each of the last two seasons, but with 18 games to go, he has just 5 league goals from 17 matches for the Gunners this season.