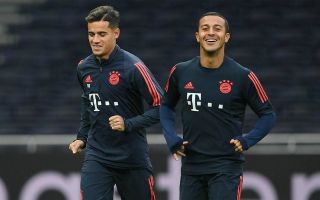 Barcelona keen to rush through sale with Arsenal leading the chase

Barcelona are keen to push through a deal to sell Philippe Coutinho in order to raise funds for their incoming transfers, with Arsenal believed to heading the queue.

The Gunners have been increasingly linked with a deal to sign the Brazilian this summer, with his agent Kia Joorabchian and Raul Sanllehi believed to be working hard on the deal.

The Metro claims that Barcelona have given up on swap deals, which were previously expected to be rife during the window, and are now keen to push through the sale of Coutinho in order to raise funds, having been hit by the Coronavirus pandemic.

Sport.es add that they are hoping to wrap up the sale ASAP so they can allocate the cash elsewhere.

His agent also talked up a move to the Premier League this summer, although claimed a decision on his future wouldn’t come before his Champions League campaign was finished.

Speaking to talkSPORT about when Coutinho will decide his next move, Joorabchian explained: ‘After the Champions League, I think it’s not been a secret, we’ve not kept it a secret, that he wants to come back to the Premier League if he can.

Would Coutinho be an instant hit in North London?

Arsenal boost as Brazilian ace becomes available for transfer
27 May 2021, 16:15