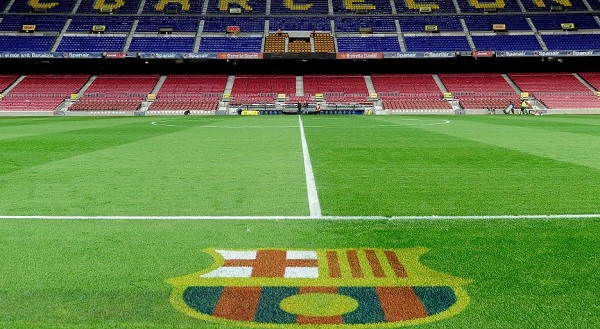 Barcelona plotting a summer raid on Arsenal as was expected

Barcelona can’t seem to give up on their pursuit of Pierre-Emerick Aubameyang.

Barcelona first became linked with a move for Pierre-Emerick Aubameyang in the last transfer window after they lost Luis Suarez to a long term injury.

However, they didn’t want to sign him with the impression given that he would be just a backup to the former Liverpool star.

Aubameyang has continued to impress at Arsenal and he remains the club’s top scorer and the Premier League’s joint-top scorer with 17 league goals.

He has just over a year left on his current Arsenal contract and he can enter into a pre-contract agreement with another team next January if he doesn’t renew his Arsenal deal.

Sun Sport is claiming that Barcelona is planning a summer raid for the former Borussia Dortmund man and they are hoping to take advantage of his expiring contract to get a good deal.

Playing in the Champions League could play a big part in where Aubameyang will play next season and Barca believes Arsenal cannot offer him that.

The same report claims that Barcelona also wants to sign Inter Milan’s Lautaro Martinez and if they do, Inter Milan has made Aubameyang their number one target to replace the Argentinean.

The vultures are starting to circle, they know that Auba’s value will start to drop dramatically if a deal is not reached in the next transfer window and the longer this goes on the worse the deal will be for Arsenal.