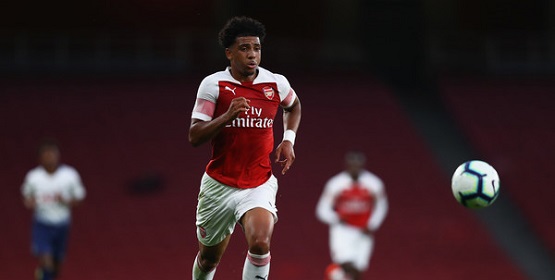 One of the most crucial requirements of being an elite football manager is man management and there is growing evidence that Unai Emery is failing in that department.

It is being reported today that Xavier Amaechi is seriously considering his future at the Emirates following his exclusion from the 23 man matchday squad and the truth is, he has every right to be furious.

Emery in his wisdom went with a third goalkeeper, Dejan Iliev, on the 12 man bench and that is said to have infuriated the 18-year-old midfielder.

Amaechi has just 12 months left on his contract and the report further claims that Bayern Munich is interested in signing him.

Think about that for a minute, a club as huge as Bayern Munich wants to sign one of our players whom Emery does not deem worthy enough to be on the bench in a major Europen final but instead goes with a keeper that he would probably not use in a thousand games under the same circumstances.

What was Emery thinking? Did he really think that Amaechi would be happy to be the only player left out of the travelling 24 man squad?

Top clubs throughout Europe use teenagers on a regular basis, they trust in their youth and while the manager did use 19-year-old Joe Willock that does not excuse his treatment of Amaechi.

We have so little money to buy players with that we must at some point start trusting our young players, not just here and there but on a consistent regular basis.

With the right man management and training, a club can still be very successful with a core of youngsters, just look at Ajax as a prime example.

There is only one word I can think of to summarise Emery’s treatment of Amaechi and that is negligence unless you think it was the right call to go with a keeper that you were never going to use at the expense of a player coveted by Bayern Munich.