The race for a top four finish in the Premier League continues on Sunday as Arsenal and Manchester United go head-to-head at the Emirates Stadium.

The Gunners are fifth in the table, just one point behind United in the battle to secure a Champions League place, and still the betting favourites to finish in fourth place.

United’s resurgence under temporary manager Ole Gunnar Solskjaer has moved them to within three points of third-placed Tottenham Hotspur with nine games to play.

With Chelsea only one point adrift of Arsenal following their 2-1 win at Fulham, the battle to finish in the top four looks set to go down to the wire. 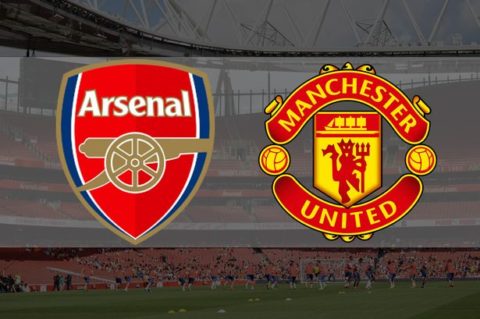 United’s transformation under Solskjaer has been staggering, with the team winning 10 and drawing two of their 12 games since the Norwegian replaced Jose Mourinho.

Their thrilling 3-2 victory over Southampton highlighted the spirit Solskjaer has fostered in the players and they look genuine contenders for a top four place.

Romelu Lukaku’s late winner was a throwback to the glory days under Sir Alex Ferguson, a point acknowledged by Solskjaer after the match.

Injuries have hit United’s squad hard recently, but younger players like Scott McTominay, Andreas Pereira and Diego Dalot have stepped up to the mark.

United have already triumphed at the Emirates this season, winning 3-1 in the FA Cup at the end of January.

Many of the top bookmakers at onlinesportsbettingsites.co.uk are offering odds of around 7/4 for United to win again on Sunday and that looks a fair reflection of their chances.

Arsenal manager Unai Emery will know that his side missed a huge chance to turn up the heat on Spurs in the race for a top-four place.

The French striker had two fantastic openings, one in the opening minutes and one from a tremendous cutback from Nacho Monreal, but he fluffed both.

Harry Kane’s controversial equaliser from the penalty spot brought Spurs level, but the visitors were handed a golden opportunity to claim all three points late in the game.

However, Pierre-Emerick Aubameyang’s poor spot kick was easily saved by Hugo Lloris and Arsenal’s opportunity to move within a point of their rivals was gone.

Aubameyang will be eager to make amends on Sunday and he looks good value at odds of 7/5 to score any time against United.

The Red Devils have certainly held the upper hand over Arsenal in recent times, winning four and drawing two of their last seven meetings in all competitions.

United outclassed the home side in their recent cup clash, with goals by Sanchez, Jesse Lingard and Anthony Martial sealing an impressive success.

The two sides fought out a thrilling 2-2 draw in the reverse fixture in the league back in December, with United twice coming from behind to secure a point.

Mourinho lasted just two more games as manager and it is fair to say that things have improved massively since his departure.

Third place looked a distant dream for United when Solksjaer took over, but they have since won at least five more Premier League points than any other side.

United would extend their lead over the Gunners to four points with eight matches remaining if they win this weekend and current odds of 4/1 for a top three finish appear to be tremendous value.

The fact that Arsenal were just one penalty kick away from completing the double over their local rivals is testament to the job Emery has done this season.

The Gunners’ boss will quietly be frustrated that his side missed the chance to close the gap on Spurs, but they remain firmly in the race for a top four finish.

Both sides face European games ahead of the weekend, with United visiting Paris Saint-Germain in the Champions League while Arsenal travel to Rennes in the Europa League.

Sunday’s match is Arsenal’s final game this term against one of the ‘Big Six’ and that could give them a useful edge during the run-in.

A draw would keep both sides on track to secure a top four spot and there is likely to be little to choose between the two sides at the Emirates.

There have been 17 goals in the last five meetings between the two sides, so backing over 3.5 goals in Sunday’s match at odds of 7/4 could be the way to play this one.