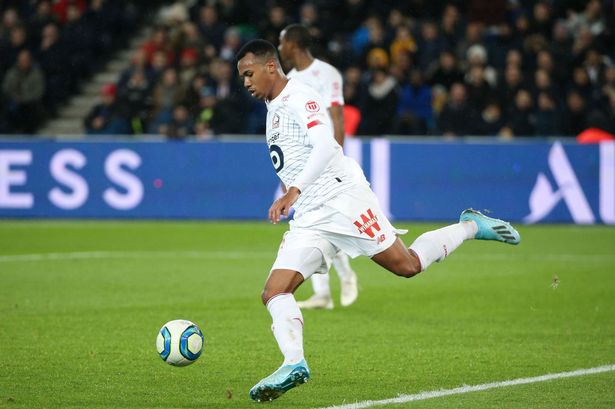 Gabriel Magalhaes is believed to have turned down a big-money offer from Manchester United to seal a switch to Arsenal, accepting a lower wage in the process.

The Brazilian defender has been hot property this summer, with the Lille boss confirming that he was set to leave, and Napoli were initially believed to be Arsenal’s main rival for his signature, but Manchester United were said to have arrived late with their own move.

Despite the Red Devils, according to Vinicius Furlan, coming in with an increased offer for the centre-back Magalhaes is expected to be announced as our latest signing, with a five-year deal mooted at present.

Gabriel could well form a new long-term partnership in North London with fellow former Ligue 1 star William Saliba, with the pair starting the new season with a combined age of just 41.

His French team-mate has already been assigned GM’s preferred shirt number of 4, and Gabriel could well take up the vacant number 6 shirt, with 12, 13 and 18 the next lowest vacant shirt numbers currently.

Fans will be pleased to hear reports that he has opted against taking a bigger offer to pledge his allegiance to the project we are building at the Emirates, especially with the offer of Champions League football on offer at Old Trafford also.

Mikel Arteta seems to have an aura when talking to players about the rebuilding job that he has tasked himself with, and it is no surprise to hear Corriere Dello Sport state via (the Mirror) that our new defender was stunned following the talks.

How important is it to have players committed to the philosophy that the new manager is instilling in the squad?