Arsenal football club finally looks to be on an upward curve once again, strongly thanks to the arrival of Mikel Arteta, who will hopefully be a new long-term manager who can propel us back up the table.

I for one do not want to see any wholesale changes in the next six months, although I do want to see the Spanish coach backed in the transfer market and allowed to do his job without controversy.

Our club has started to invest in buying players in recent seasons, backed by the arrival of Nicolas Pepe for a club record fee only last summer, but just how much will be available this summer is still to be figured out. In fact each club must me anxious thinking about the implications of the current suspended campaign on finances before trying to look to the summer.

Aliko Dangote is eyeing a move to take over the club in 2021, as reported on US television earlier this year, but the richest man in Africa is currently building Dangote Refinery which needs to be completed first.

The Nigerian has been working on this venture for nearly three years, and is then hopeful of a takeover bid of our club, having been a long-term fan, with a view to making them a top power in the Premier League once again.

It remains to be seen whether Stan Kroenke has heard of these rumours, nor whether he will be willing to sell to Dangote, but as a shrewd business man you would expect that he would have a price that he could not say no to.

Will Kroenke consider selling next year? Will he back Mikel Arteta this summer? Could the knowledge of a takeover bid next year persuade Kroenke to invest more into the team in the near future? Do the fans still want Kroenke out? 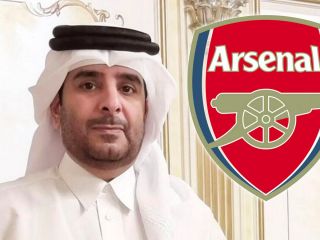