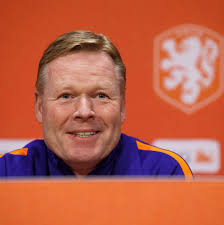 Arsenal have been strongly linked with a bid to sign Philippe Coutinho this summer, but with Ronald Koeman expected to arrive as new head coach, that move could well be off.

The Gunners did complete a move to sign Willian on a free transfer from Chelsea, after his club refused to offer him his desired three-year deal, and he will be a big boost to our squad for the upcoming campaign, although there is reports claiming that he could well be returned to play in a more central role in behind the striker.

That move would mean that we could still have further room for options on the wing, and Coutinho was believed to be high on our wishlist also.

That may no longer be an option however, with Barcelona about to undergo a change in management, with Ronald Koeman set to take over the reigns from Quique Setien, and he will reassess his squad on his arrival, Football.London claims.

With fans across the globe having watched our on-loan forward Philippe Coutinho bag himself a brace off the bench against his own side in the Champions League demolition by Bayern, he may well have earned himself another shot for his parent club.

The Brazilian played his part in eliminating Barcelona from the Champions League semi-final earlier this week, as his parent club were beaten 8-2, and this defeat is believed to have angered bosses into considering wholesale changes supposedly, according to Sport.es

Will Koeman return Coutinho back into the Barcelona fold if given the coaching job?

Arsenal still want ex-Premier League star that they have been linked with all summer
25 September 2020, 3:35