Philippe Clement has admitted that a move for Emmanuel Dennis is extremely likely this summer, with Arsenal amongst those linked.

The forward most famously bagged a brace at the Bernabeu this season in the Champions League to put his side 2-0 in the first half against Real Madrid, although his side failed to hold onto take all three points. Dennis further enhanced his reputation in the Europa League when scoring against Manchester United to secure another draw for his side.

The 22 year-old plays predominantly as the centre-forward with Club Brugge in the Belgian Pro league, but has also been utilised on either flank as a winger.

It remains to be seen how high the Nigerian international’s asking price will be as of yet, but Arsenal, Wolves and Newcastle United are all believed to be monitoring the situation.

His manager has now revealed that his coveted forward will likely move onto a new club in the coming window, and it remains to be seen whether he will play for his current club again.

“It is very likely that Dennis will leave. He can also count on a lot of interest. It is the time for him to take a new step,” Clement stated.

The Belgian league was the first to declare an early end to their division following the Coronavirus outbreak, with Brugge crowned champions, but there is currently plans for the Europa and Champions League to complete their fixtures, which could see Dennis travel to Old Trafford to take on Manchester United in the second leg of their tie.

Will Arsenal be looking to challenge for Dennis’ signature this summer? Has he shown enough promise to command a significant transfer fee? 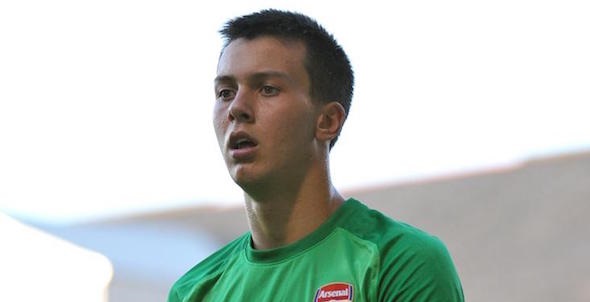 Napoli prepared to battle with Arsenal for impressive Nigerian striker
29 May 2020, 18:31